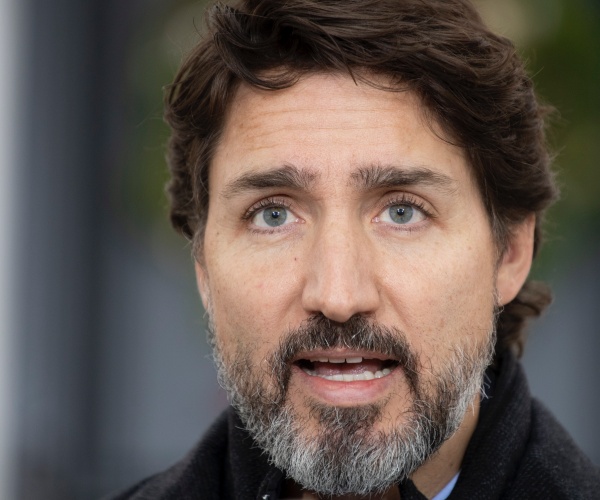 Canadian Prime Minister Justin Trudeau all but issued a stay-at-home order for his country to slow the recent spread of the novel coronavirus, saying a normal holiday season is ”out of the question” and strenuously urged citizens to reduce their daily contacts ”immediately.”

”We are now going to have to really tighten up once again,” Trudeau said in a news conference with reporters outside his official residence, Rideau Cottage, in Ottawa.

Canada has seen the 31st most infections in the world, according to worldometers.info, nearly 321,000 since the outbreak of the SARS-CoV-2 virus that causes COVID-19.

Its seven-day average of new daily infections has risen more than 12-fold since mid-August, from 377 to 4,771, although the number has remained relatively steady the past two days.

Its death rate has steadily declined since the spring, dropping from more than 13% to less than 5%.

“We are facing [a] winter that’s going to drive people inside more and more, and we’re really at risk of seeing caseloads go up, and hospitals get overwhelmed, and more loved ones dying,” Trudeau said. “So, we need to do everything we can right now to slow the spread of COVID-19, to stop the spike in its tracks.”

Trudeau did not suggest he would mandate people to stay at home and said he would not order provinces to impose restrictions, Politico reported.

”This is frustrating because I know we’ve all heard stories of people who have thrown up their hands and are not doing their part anymore, and it’s tempting for all of us to say, ‘OK well maybe I can loosen up a bit more too,’ but the reality is we need to go in the opposite direction.”