McConnell: Senate Will Not Reconvene Early for Impeachment Trial 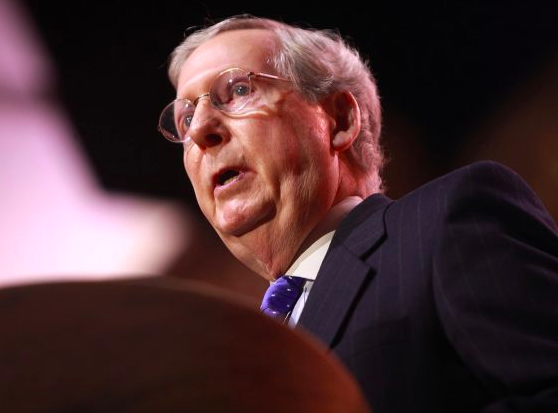 Senate Majority Leader Mitch McConnell’s office has reportedly informed Senate Minority Leader Chuck Schumer’s staff that Republicans will not agree to reconvene the Senate before Jan. 19 to begin an impeachment trial while President Trump is still in office. In a memo from McConnell’s office shared among colleagues, the Republican leader made it clear that the Senate cannot handle business on the floor until senators return to Washington on the 19th unless all 100 senators agree to reconvene earlier.

“It would require the consent of all 100 senators to conduct any business of any kind during the scheduled pro forma sessions prior to January 19,” the memo states.

On Tuesday, Minority Leader Schumer claimed that he and McConnell could agree to reconvene early in an emergency Senate session. The Democrat pointed to legislation passed in 2004 that allows the Senate majority and minority leaders to reconvene the Senate at any time to respond to emergencies.

“There was legislation passed in 2004 that allows the Senate minority and majority leader to jointly reconvene the Senate in times of emergency. This is a time of emergency,” Schumer said.

“I’ve asked him to call the Senate back — all he needs is my agreement, I’m still minority leader,” he said.

Congress is currently in session to vote on the article of impeachment against President Trump to send to Senate.