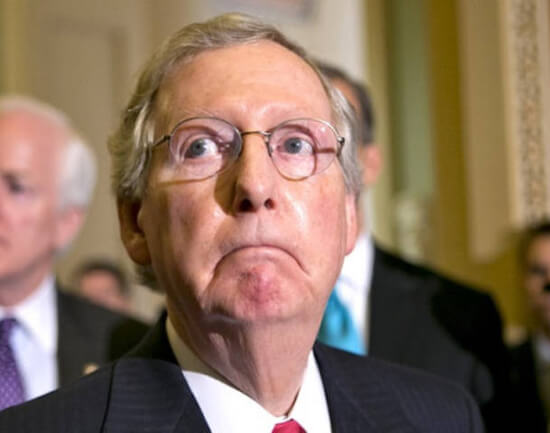 The New York Times reported Tuesday that McConnell told colleagues that he is in favor of Democrats attempt to impeach the president in hopes that it will put distance between the GOP and Trump – a move not likely to please the 74 million people who voted for the president in the 2020 election.

Senator Mitch McConnell, the Republican leader, has told associates that he believes President Trump committed impeachable offenses and that he is pleased that Democrats are moving to impeach him, believing that it will make it easier to purge him from the party, according to people familiar with his thinking. The House is voting on Wednesday to formally charge Mr. Trump with inciting violence against the country.

Earlier, West Virginia Senator Joe Manchin said that the Senate did not have the votes to convict President Trump and called the attempt “ill-advised.”