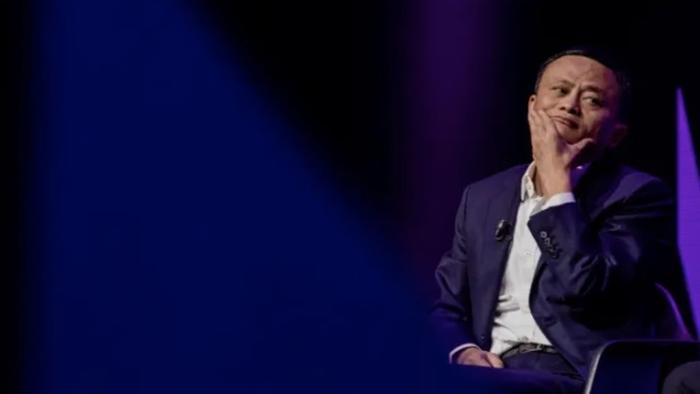 Alibaba founder Jack Ma is apparently still in the dog house six months after criticizing Beijing’s regulation of the Chinese tech industry as “stifling innovation” at an obscure tech conference.

The FT reported Friday morning that authorities in Beijing had forced an elite business school backed by Alibaba Group founder Jack Ma to halt enrollments. Ma founded the school in 2015, ostensibly to train the next generation of Chinese entrepreneurs. Perhaps the CCP is worried that the school might be provoking its students to ask too many questions.

Hupan Academy, based in the city of Hangzhou where Alibaba also has its headquarters, suspended a first-year class set to begin in late March, the FT reported. Tuition for the three-year program amounts to 580,000 yuan ($88,500.98), putting it on par with American business schools in terms of cost. Students listed in the incoming class of 2019 included executives from Keep, a successful Chinese exercise company, and fast-growing domestic chip firm Horizon Robotics.

According to the FT, the decision to shut down Hupan “is the strongest indication yet that the crackdown on Ma’s interests is broadening beyond his businesses to encompass other activities through which he projects influence.” Though he has appeared in video messages and media reports confirmed he is still free to travel as he pleases, the executive hasn’t been seen in public since October. Ma, it has been reported, is a member of the CCP.

The school is already considered one of China’s most prestigious. But in that reputation, the CCP apparently sees a threat.

“The government thinks Hupan has the potential to organise China’s top entrepreneurs to work towards a common goal set by Jack Ma instead of the Communist party,” said a person close to the school. “That cannot be allowed.”

Still, the FT’s sources reported that classes continue for existing students and the school is not set to close for good, which offers some hope that it might continue after a brief disruption – assuming Ma proves sufficiently contrite.

However, it’s also possible that the CCP could abolish the school, since some see it as a modern-day reincarnation of “the Donglin Academy”.

Some high-ranking officials in Beijing have begun to view the school as a modern-day version of the Donglin Academy, one person said. The private academy was a powerful 17th century debating ground that spawned like-minded thinkers who eventually influenced politics and weakened the Ming Dynasty government.

Hupan is like an elite community, it’s one of [the authorities’] main targets,” said another person who has worked with Ma. The person added that while Beijing might view Hupan as a means for Ma to build an even more powerful following, the school was focused on entrepreneurship.

The school recently invested $89MM in a new campus, and its alumni already rank among China’s business elite. Graduates from the program include several highly-placed executives at Chinese tech giants like ride-sharing app Didi. Jean Liu, president of the Chinese ride-sharing firm, is an alum, along with Shen Peng, founder of online insurance platform Waterdrop.

Since retiring from CEO as Alibaba, Ma has made education his signature issue. When Ma set up Hupan in 2015, he proclaimed “we want Hupan to run for 300 years” as it welcomed its first class of six students.

Beijing’s crackdown on Ma and Alibaba started last year when the CCP abruptly scrapped the domestic IPO of Ant Group, which was to be spun out of Alibaba with Ma to serve as chairman following those controversial comments from Ma. It has continued this year with new anti-trust regulation placing new constraints on Tencent, Alibaba and Ant – and the campaign likely isn’t over yet.