FTX & The Corruption Of America 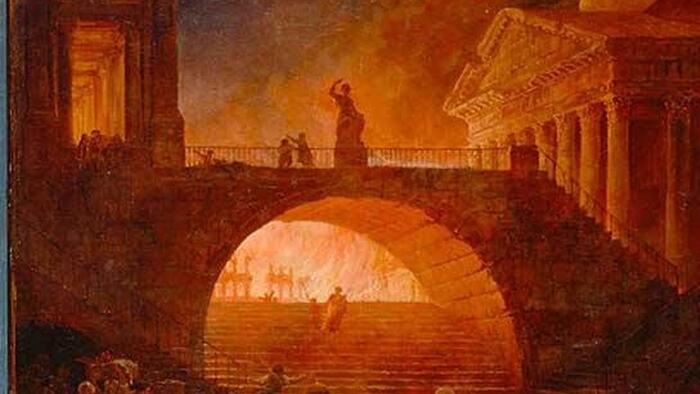 What all the entrenched insiders in America’s parasitic, predatory elites and institutions don’t dare admit is that to protect themselves from consequence, we’ve had to sacrifice everything else.

With hefty “donations” (heh) to elites, all wrong-doing is swept under a very capacious carpet. Jeffrey Epstein sprinkled a few million on the elites of Harvard, and he was ushered into this elite circle as an intimate pal. The fact that he was a rapacious predator of children was of no concern. A few million showered on the right people and causes makes evil and criminality disappear.

If a financier looter showers $40 million on “the right people,” mouths the “correct” phrases and issues empty promises to give away his looted billions, he becomes an instant golden boy of the right elites who have the power to protect him from consequences.

This is how America works now: in-your-face corruption is not just accepted, it’s glorified. Let’s score America’s wealth and power elites, regardless of party or political persuasion:

Sacrifice for the common good: zero.

A society whose elites are so self-serving, corrupt, unaccountable and devoid of any sense of good and evil is doomed. Consider the bleatings of America’s power elite on the FTX swindle. Let’s have congressional hearings on this remarkable “financial event” that caught everyone by surprise, etc.

Translation: let’s stage some political theater to cloak the fact that the looters are being protected from consequences. We all know what happens if you’re caught selling a nickel bag on the street: you get a tenner in a hellhole prison.

But if you bribed the right people, you can swindle billions of dollars and walk free as an insincerely apologetic victim of your own success. Golly gee, I don’t understand what happened to all that money, even though I’m not exactly shy about declaring my own genius.

For reasons lost on the rest of us, investigations by the Securities and Exchange Commission (SEC) and the U.S. Department of Justice (DOJ) always come up empty. Gee, the looting was complicated and we can’t figure out who might have broken the laws against fraud, collusion, embezzlement, malfeasance, etc., so we’re letting everyone off the hook.

Or some sleazy, unaccountable intelligence agency is referenced in whispers that the looters are “assets” and therefore untouchable. Where exactly is the rule of law in a society where bribes, political pressure and having knowledge of elites’ skeletons in the closet melt away accountability and consequences?

The rule of law in America is an illusion, a useful myth promoted by PR hacks to cover the tracks of their employers. Corporate wrong-doing–swindles, collusion, fraud, embezzlement, malfeasance–is off the charts, but nobody is responsible. The criminal corporations are duly fined, a tiny clawback of their looting that’s written off as a cost of doing business.

Consider this data base of 6,300 major corporate fines and settlements from the early 1990s to 2015 compiled by Jon Morse. Nobody paid any personal fines or served any prison time for any of these thousands of violations.

There are two systems of “justice” in America: one which grants elites freedom from consequences of their toxic criminality and another one for the rest of us that imprisons hundreds of thousands in the War on Drugs Gulag.

What all the entrenched insiders in America’s parasitic, predatory elites and institutions don’t dare admit is that to protect themselves from consequence, we’ve had to sacrifice everything else. Having stripped the nation of the essential foundation of a just, enduring social order–accountability, consequence, rule of law and a grasp of the difference between good and evil–there’s nothing left but sound and fury, as if they’re hoping the endless political circuses and trails of bread crumbs will forever distract us from their plunder and the injustices of the irredeemably corrupt America they’ve fashioned to protect their wealth and power.

To paraphrase Lao Tzu, if one insists on an extreme of corruption and injustice, that extreme will not dwell long.

Become a $1/month patron of my work via patreon.com.