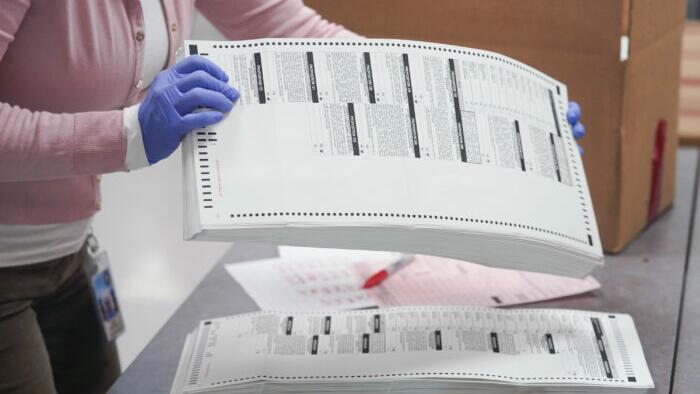 Authored by Caden Pearson via The Epoch Times (emphasis ours),

An Arizona county’s board of supervisors certified their jurisdiction’s midterm elections results on Thursday at the order of a judge three days after they missed the statutory deadline of Nov. 28.

Judge Casey McGinley of the Pima County Superior Court instructed Cochise County’s board of supervisors to convene and declare the results official by 5 p.m. MT on Thursday.

McGinley ruled that the failure of two Republican supervisors to certify the results before the state’s legal deadline was illegal.

On Monday, the lone Democrat on the three-person panel, supervisor Anne English, voted against the motion to postpone the results, while Republican supervisors Peggy Judd and Tom Crosby voted to postpone.

Following the certification on Thursday, state officials in Arizona will now be able to proceed with statewide certification on Monday after the board voted 2–0 to certify the outcomes of the Nov. 8 midterm elections.

English and Judd cast the deciding votes to certify, with Republican Tom Crosby abstaining from the court-ordered hearing.

Cochise County’s Board of Supervisors sought to push back certifying the results in order to further review claims that the county’s voting equipment was not properly certified in accordance with the law.

According to election officials, the machinery was properly approved.

Cochise County, which borders Mexico, has always been a bastion of Republican and conservative voters.

After the two Republican members of the board voted to delay certification, Arizona Secretary of State Katie Hobbs, a Democrat who was declared the victor of the state’s governor contest, sued Cochise County earlier this week.

Cochise County “had a statutory duty to certify the results of the 2022 General Election” by Nov. 28., Hobbs said on Twitter, where she shared screenshots of the lawsuit.

According to Hobb’s lawsuit, failure to certify the results before Dec. 1 will “sow greater confusion and doubt about the integrity of Arizona’s election system” and asked the court to issue an injunction compelling officials to do so.

“The Board’s inaction not only violates the plain language of the statute but also undermines a basic tenet of free and fair elections in this state: ensuring that every Arizonan’s voice is heard,” the lawsuit (pdf) reads.

Hobb’s lawsuit stated that without the court’s intervention, she would have no choice, as Arizona’s chief elections official in her role as secretary of state, but to complete the statewide canvass by Dec. 8 “without Cochise County’s votes included.”