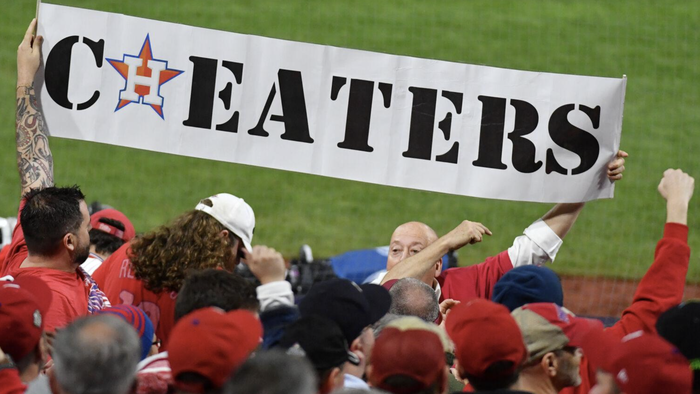 A Houston businessman has placed a total of $10 million in bets on the Astros to win the World Series. He says his wagers carry an average payout of 7.5-to-1, which means a Houston championship would bring him $75 million — if the Astros can overcome their current deficit to the upstart Philadelphia Phillies.

That would be the largest haul in sports betting history, according to the Houston Chronicle.

“When you purchase a Tempur-Pedic, Stearns & Foster or Sealy mattress sleep set priced at $3,000 or more, and if the Houston Astros win it all in the 2022 final championship series, your purchase is FREE!”

While there’s only upside for his customers, McIngvale could see $10 million of his estimated $300 million net worth vanish. Then again, he reportedly won $15 million betting on the Kansas Jayhawks to win the NCAA men’s basketball tournament earlier this year, so he may well consider this Astros bet as using “house money.”

“Winning the bet is very important, but more importantly, winning the bets allows us to give money back to all of our customers who bought about $75 million worth of furniture,” McIngvale tells CNBC.

In Tuesday night’s Game 3 in front of a Philadelphia crowd, the Astros were positively pummeled by the Phillies, 7-0. The win put the Phillies up 2 games to 1 in the best-of-seven series, with the next two games played in Philadelphia Wednesday and Thursday (8:03 pm ET on Fox.)

McIngvale has been a huge backer of the Astros, even after the team’s reputation was reputation forever stained by a 2017-18 cheating scandal in which video cameras were used to steal opposing catchers’ signals, and the banging of trash cans — or silence — was used to tell Astros batters what pitch to expect.

This week, he’s on the road to support his team. Ahead of Tuesday’s game, he enjoyed a warm welcome from Phillies fans who spotted the iconic fan and sports bettor:

Now I know why they call it the City of Brotherly Love. These @Phillies fans couldn’t be nicer. Our @astros are still going to win tonight!#levelup #AstrosVsPhillies pic.twitter.com/1DSpV8su2X

After the lopsided Astros loss, things weren’t so pretty:

Houston businessman Jim McIngvale, known as Mattress Mack, appears to be seen in a verbal altercation with Phillies fans following the Astros loss on Tuesday eveningpic.twitter.com/8vf0D6T8gu