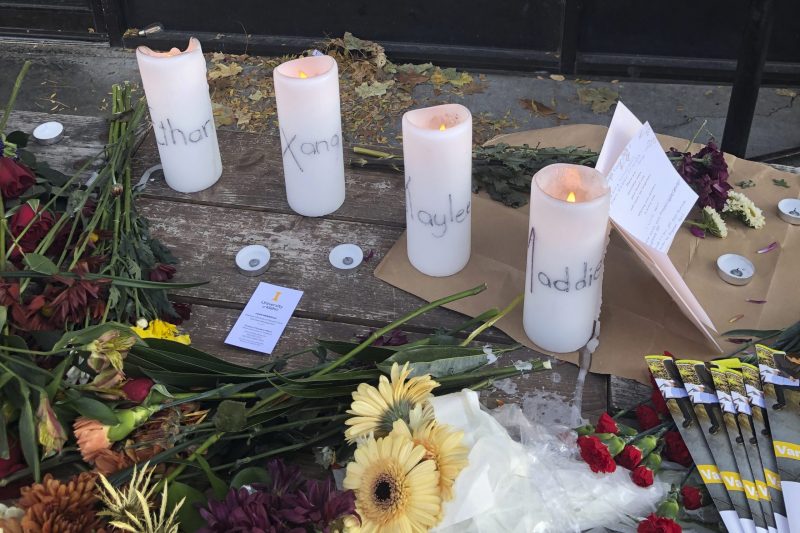 New information regarding four murdered University of Idaho students has been revealed. There is still no suspect in the homicide investigation which resulted in the four students losing their lives in the early morning hours of November 13th.

At the most recent press conference, police addressed reports that one of the students, Kaylee Goncalves, may have had a stalker. Moscow Police Captain Roger Lanier said that investigators are so far unable to corroborate the tips but they are not done trying to prove Goncalves actually had a stalker.

“We’ve heard mention that Kaylee stated she may have had a stalker. Detectives have been looking into that and to this point have been unable to corroborate the statement, though we continue to seek information and tips regarding that report, “Captain Lanier said. “No suspects have been named or arrested and we continue looking for what we believe to be a fixed blade knife used in the murders.”

The other victims of the attack include 20-year-old Ethan Chapin and his girlfriend, 20-year-old Xana Kernodle as well as Goncalves’s best friend, 22-year-old Madison Mogen. Investigators have said that two of the victims were killed on the second story while the other two were murdered on the 3rd floor of the off-campus rental house. The victim’s other two roommates were in a separate room at the time of the murders and were ruled out as suspects by local authorities. So far, the 9-1-1 call has not been released nor have the names of those who called.

“At this crime scene we collected 103 pieces of individual evidence,” Colonel Willis said. “We took approximately 4,000 photographs. We have conducted multiple 3D scans of the residence. And we have hundreds of hours used by technicians and investigators including our forensics team and detectives from multiple agencies. We have processed over 1,000 total tips and conducted 150 interviews.”

Police have also confirmed that each student was stabbed multiple times with a fixed blade knife, with no sign of sexual assault. Due to that, officials have ruled out the possibility of a murder suicide. Additionally, police are still searching for the murder weapon which was not found at the scene or in the surrounding area. The also debunked rumors the students had been tied or gagged prior to the murders.

Police have investigated several potential suspects who were in close proximity to the four students that night but have ruled them out from being involved. It remains unclear how the suspect entered the home as there were no signs of forced entry. The coroner’s office released autopsy reports confirming only some of the students showed signs of defensive wounds, as they were most likely asleep at the time of the murders. Early media reports that stated all four victims had been murdered in their beds were not accurate.

At the presser, Moscow’s Chief of Police James Fry said police presence in Moscow will be heavy both now and after the fall break when students return to campus. Fry assured the public that the department will work through Thanksgiving to ensure no progress is lost on the case saying “we care and will continue to work hard.”

Meanwhile, the small college town of Moscow remains fearful and saddened after the shocking quadruple murder. The university has made preparations to offer all of next term’s classes both in-person and online to give students the opportunity to stay home if needed. The Dean of Students confirmed a candlelight vigil will be held at the University of Idaho at 5:00 pm on November 30th to honor the victims.