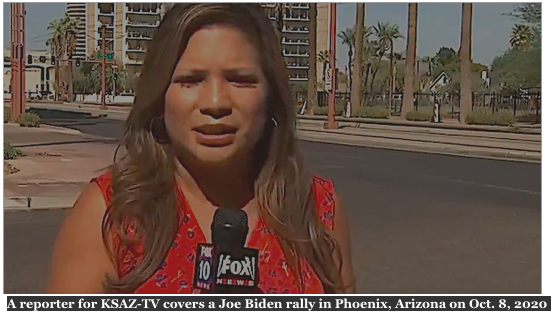 With that in mind, a television news reporter covering an Arizona rally on Thursday for Biden and his running mate Kamala Harris seemed mystified by the absence of any Biden supporters outside the Heard Museum in Phoenix where the former Vice President was appearing in person.

Video of the puzzled reporter has been posted on Twitter by the likes of actor James Woods and U.S. Sen. Ted Cruz of Texas. Cruz posted an image of four eyeballs, then quipping: “more eyeballs than showed up at Biden campaign event.”

👀👀 (more eyeballs than showed up at Biden campaign event….) https://t.co/xNCYsVWeTD

The reporter for KSAZ-TV said in her live broadcast: “There’s really not much to see. I’ll step out of the way but it’s kinda boring out here. So it’s not your typical presidential campaign event. We don’t see people rallying outside, we don’t see signs or much of what’s going on.

“You would have expected to see … This is a pretty big event for the two of them to be campaigning together for the first time since the Democratic National Convention here in Arizona. …

“Our state has established itself as a battleground state and so this is technically a big event, but not a lot of fanfare.

“This is a huge event politically, but you can’t tell by the outside of the Heard Museum. There’s really not a lot going on here. …

“The Biden-Harris campaign not releasing a lot of details about where these events are taking place and when.” 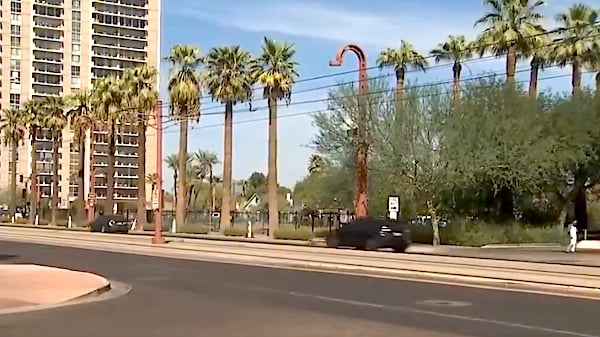 This is Hilarious 😂!!! At the Debate, Trump told Biden nobody wants to see him! Here’s a Trump Rally, I believe a local, grassroots event: https://t.co/HHUwOXFGU0