‘Pushing Back Against the Left’: Trump’s OMB Director on New America-First Think Tank 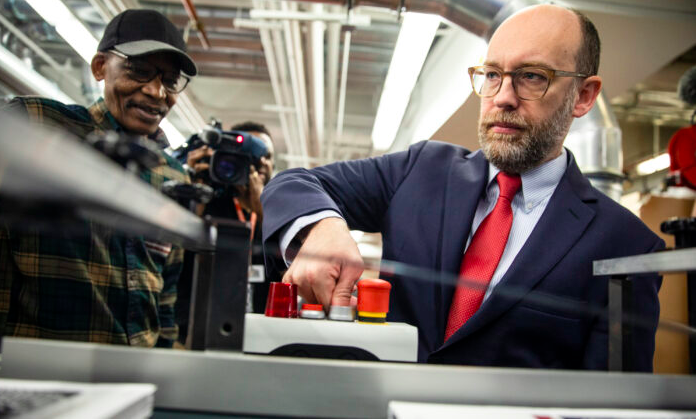 BY THE DAILY CALLER NEWS FOUNDATION

Russ Vought, the former director of the Office of Management and Budget under President Donald Trump, spoke with the Daily Caller News Foundation’s Samantha Renck about his new think tank, his time serving for the president and more.

“We’re going to be fully engaged on the cultural issues, America-first type issues that have resonated in the last four or five years,” Vought said about his new think tank, the Center for American Restoration. “Our mission statement is to restore a consensus in America that we’re a country under God with unique interests that flow from our people, our history, and our institutions.”

“We are pushing back against the left and progressivism,” he said.

Vought also discussed his time at the Office of Management and Budget and criticisms about his role regarding the Biden transition.

“We were not going to develop their policies for them so that they would have the ability on our watch,” Vought said, “to be able to move forward and take down or move in a different direction the policies that the American people put President Trump in office to deliver on.”