Sweden “Rape Capital” of the West

Sweden, now considered the “rape capital of the West” due to its leftist agenda of admitting an inexhaustible supply of Muslim rapists posing as refugees, is reporting yet another victim of multi-muslim-culturalism. Even worse, Swedish feminazis seem to have no problem with the soaring rape crisis perpetuated by Muslim invaders. 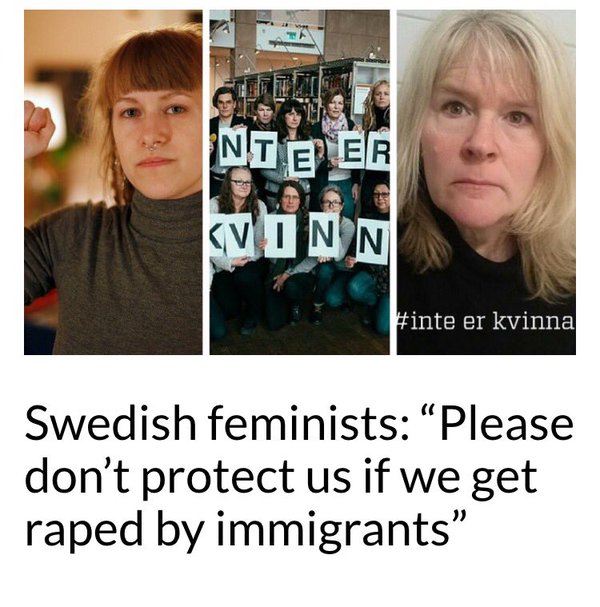 Fria Tider  (via MadWorldNews) h/t Susan K – After Swedish police raided a hookah cafe managed by 2 Syrian Muslim refugees, 28-year-old Khaled Azez Hegrs and 23-year-old Tareq Bakkar, they discovered a kidnapped Swedish woman chained in the shop’s basement. The brutalized victim was being kept as their own personal sex slave and had been repeatedly raped and tortured by at least 7 Arab Muslim men.

The horrific revelation provided investigators with proof that the unnamed woman had been kidnapped at gunpoint from Malmo before a group of 4 Muslim asylum seekers transported her by car to the cafe. She was then chained to a water pipe in the basement of the lounge in Helsingborg, where the men repeatedly gang raped her. 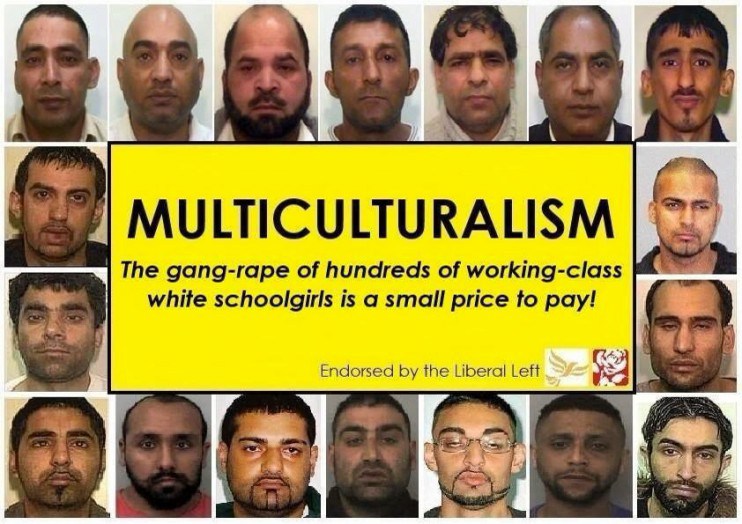 Avpixlat reports that Hegrs and Bakkar were each sentenced to 4 years in prison for aggravated rape and forced to pay $30,000 in damages. Neither was convicted of kidnapping or torture. The judge has finally agreed to deport the pair, although the convicted may appeal their sentences, as most migrant offenders do. Incredibly, the court is still struggling to convict the other 5 migrants. 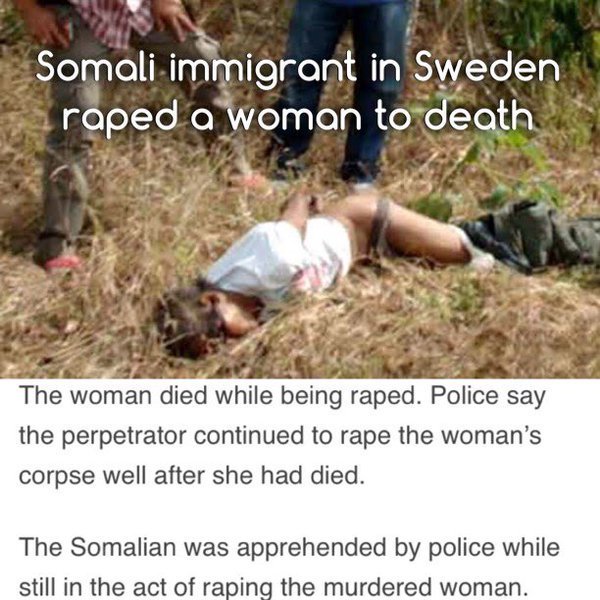 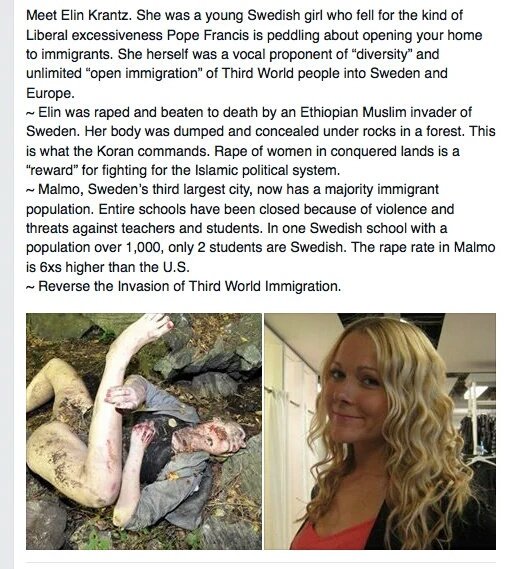 “In this case,” a statement from Malmo District Court reads, “there are strong reasons to believe that an obstacle is not composed when questioning the enforcement of the expulsion decision occurs. In such circumstances, it is not considered to be an obstacle to expel Tareq Bakkar.”

Even more sickening is the handling of the so-called refugees. After Hegrs illegally came to Sweden in 2010, he was allowed to stay as an “undocumented migrant,” despite his denied asylum application. When Bakkar arrived in 2014, he qualified for nearly $800 per month in taxpayer benefits from the Employment Service and was given free schooling. 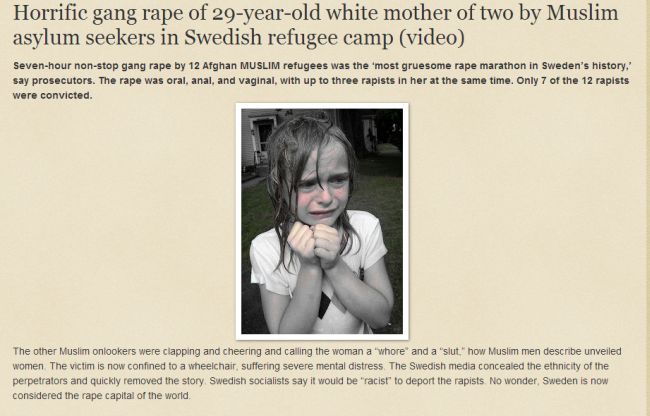 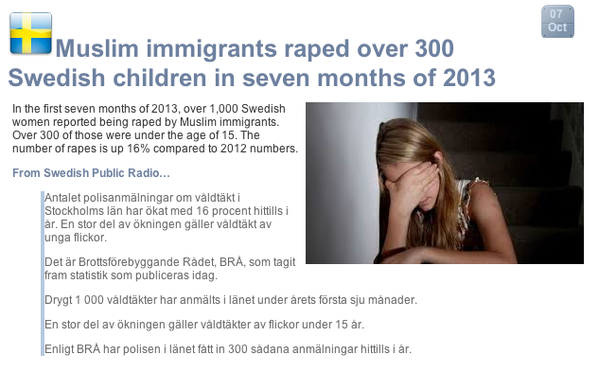 As previously inferred, this isn’t the first time Sweden has suffered Caliphate-like brutality from those claiming to be refugees. Just days earlier, authorities announced that they had recovered 48 different stains of semen from a gang-rape victim’s clothing after launching an investigation into one of the worst cases of migrant sex attacks the country has ever seen.

Adding to the Swedish justice system’s shamelessness, a court in Uppsala refused to deport 5 Afghan child rapists because they deemed it would “be too dangerous” for them under Sharia law. 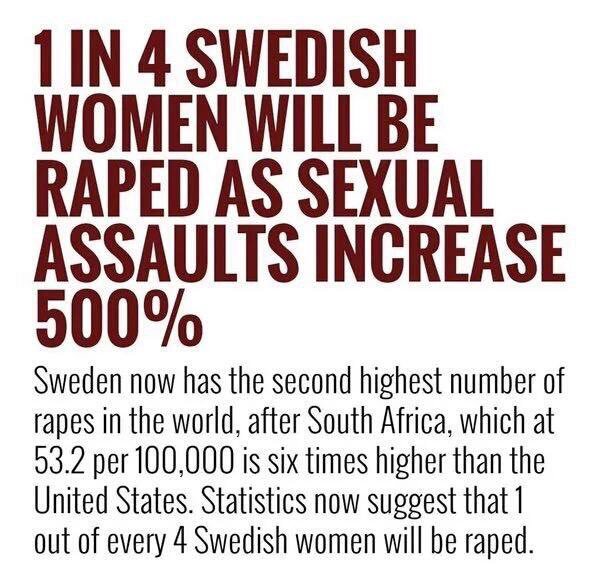 Thanks to mass Muslim migration, mostly from Islamic countries, Sweden has seen a 1,472-percent increase in rapes and a 300-percent increase in violent crimes just 4 decades after opening their borders. The European country now tops the list at number 2 for countries with the most rapes, surpassed only by Lesotho. Statistics now suggest that 1 in 4 Swedish women will be raped.