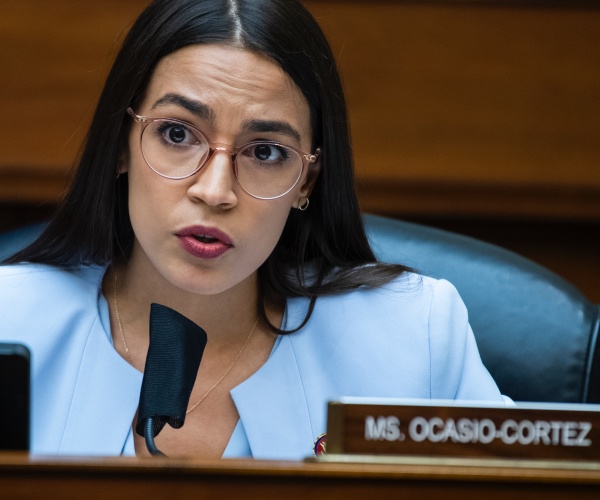 Rep. Alexandria Ocasio-Cortez, D-NY, and other members of the ”squad” called on Joe Biden to approve the Green New Deal if he becomes president, according to Breitbart.

”Climate is now a top-three issue for voters across the country and it is about time that our Congress and our administration starts acting like it,” Ocasio-Cortez said in an interview with Democracy Now!

“So that’s what our next move is, is to make sure that the Biden administration keeps its promise. We know that we don’t just make that demand and walk away. We have to organize for it. We have to bring the heat for it. Because there’s a whole lot of people that tried to just shove a bunch of money before this election to try to buy their seat at the table. But we organized for ours, and we’re not easily going to let that go,” Ocasio-Cortez said.

Ocasio-Cortez continued, “So our demand here is to make sure that we keep this promise, that we follow through on a visionary, absolutely unprecedented $2 trillion plan that’s not just about money, but also it’s one of the first presidential plans to honor the treaty rights of native people, one of the first rights to make sure that we have environmental justice front and center.”