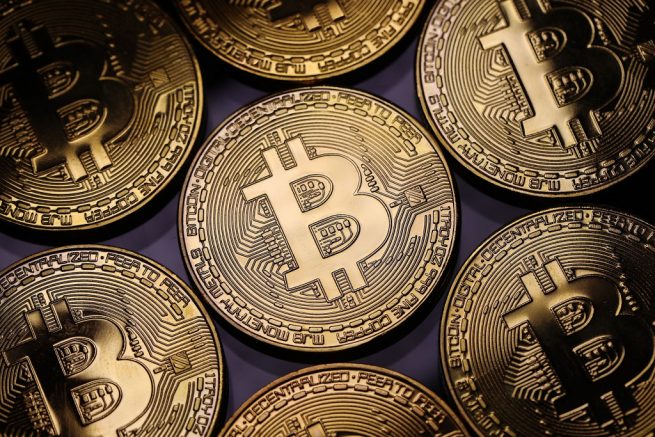 Digital currency Bitcoin has continued to fluctuate wildly against the U.S. dollar amid lingering political and financial risks.

Bitcoin retreated nearly 20 percent against the dollar this past weekend, after posting a major rally during the past week. The plunge wiped out approximately $200 billion from the global cryptocurrency market in the past two days. Many investors were taking profits from Bitcoin’s recent rally.

Experts said digital currencies will likely continue to rise in coming weeks as COVID-19 fears and political instability around the world refuse to let up.

“I think both gold and bitcoin are going a lot higher,” Mike Novogratz, CEO of Galaxy Investment Partners said. “It could easily be 20 percent.”

This photo illustration shows a Vietnamese cryptocurrency investor looking at the latest Bitcoin values on a smartphone in Hanoi on April 12, 2018. (Photo by NHAC NGUYEN/AFP via Getty Images)

Bitcoin traded around $32 thousand on Monday, compared to its weekend high of $40 thousand. However, it is still valued 30 percent higher than it was just a month ago.