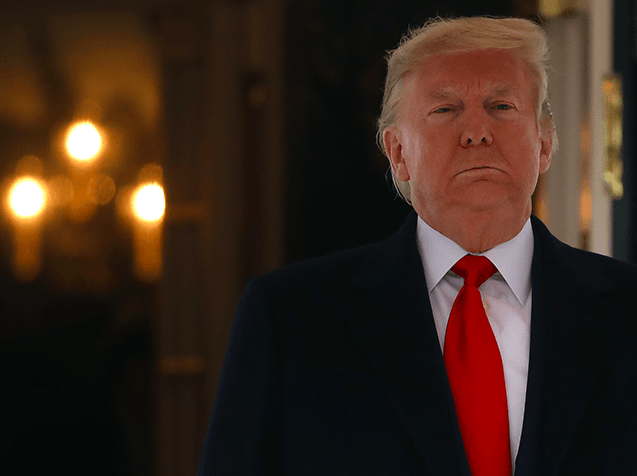 The poll also showed only 15 percent of Republicans favored it.

The poll comes as House Democrats are planning to impeach Trump for a second time. So far, a small number of House Republicans have joined, led by Rep. Liz Cheney (R-WY).

Sen. Joe Manchin blasts his party’s latest impeachment stunt. “I think this is so ill-advised….” https://t.co/gphTt1aCu1

Of the 55 percent who said Trump should be impeached, 39 percent favored removing him from office immediately, while 16 percent thought he should resign.

Of the 44 percent who said Trump should serve out the remainder of his term, 61 percent said it was because he did nothing wrong.

Democrats moved to impeach Trump after some Trump supporters became violent and clashed with police officers and vandalized offices during a protest at the Capitol last week.

Democrats and some Republicans have accused Trump of inciting the violence with a speech he gave earlier in the day. Trump said Tuesday during a trip to the southwestern border that he did not say anything inappropriate.

“If you read my speech — and many people have done it, and I’ve seen it both in the papers and in the media, on television — it’s been analyzed, and people thought that what I said was totally appropriate,” he said.

“And if you look at what other people have said — politicians at a high level — about the riots during the summer, the horrible riots in Portland and Seattle, in various other — other places, that was a real problem — what they said,” he added.

“But they’ve analyzed my speech and words and my final paragraph, my final sentence, and everybody, to the T, thought it was totally appropriate,” he said.