Experts Find Over 100k Fraudulent Votes – In Just One State 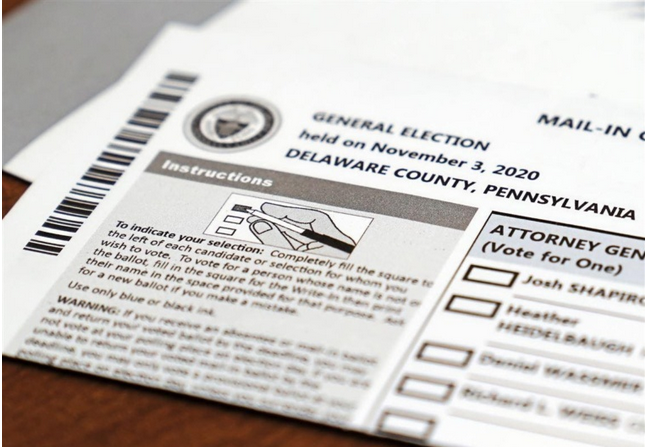 Plenty of questions still linger about the results of the 2020 Election. We probably won’t get to the truth until legal battles play out in the courts. But we do know one thing: Democrats pushed voting by mail to commit staggering amounts of voter fraud.

We The People Daily

Is that conjecture? Is that a lie? Is that a statement that should warrant YouTube, Facebook, Twitter, and Instagram to flag this article? Nope. Plenty of stories have come pouring in—too many to all be false—that suggest Democrats at the state level committed a serious crime. Mail-in ballots were used to produce a huge number of fake votes for Biden—and state officials delayed election results to get just enough of those ballots in to sway the race for the Democrat.

This is why Democrats fought so hard to get mail-in ballots for every state. They hyped up the China virus for months, trying to scare Americans into demanding ballots. All so they could harvest as many as they could and use them to steal the election.

Don’t believe me? Still, think I am a raving lunatic with tin foil on my head? Then try to explain away this sworn statement from a mathematician, who says up to 100,000 of Pennsylvania’s mail-in ballots are bunk.

In a sworn declaration, a respected mathematician says his analysis of election data and phone interviews with Pennsylvania voters raises questions about as many as 100,000 absentee ballots requested in the key battleground state where President Trump and Joe Biden are separated by just about 82,000 votes.

Williams College Professor Steven Miller, a Yale and Princeton trained math expert, said he analyzed Pennsylvania ballot data collected by former Trump campaign data chief Matt Braynard as well as 2,684 voter interviews conducted by a phone bank and found two concerning patterns. One involved possible votes that were not counted, the other ballots that appeared to be requested by someone other than a registered voter. [Source: Just the News]