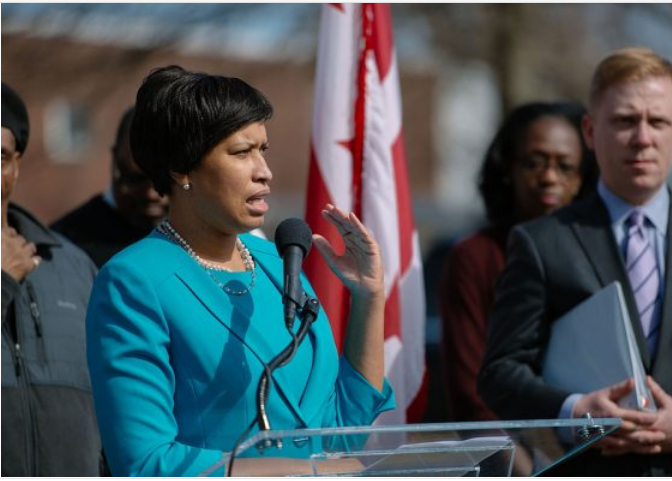 Republicans are calling out D.C. Mayor Muriel Bowser is being accused of discriminating and allowing violence against Trump supporters.

TTN According to Town Hall:

High ranking Congressional Republicans are reminding Mayor Muriel Bowser that the District of Columbia belongs to all Americans and slamming her for failing to stop violence against Trump supporters last weekend.

“On the evening of November 14, 2020, left-wing extremists attacked supporters of President Donald Trump in the District of Columbia. These brazen attacks are part of a continuing trend of leftist agitators perpetrating acts of violence against individuals in the District under your watch. Because the District of Columbia is the nation’s capital and should be safe and open for all Americans, we write to understand how your office plans to work with the Metropolitan Police Department (MPD) to ensure the safety of those who seek to peacefully exercise First Amendment rights within the District,” Congressmen James Comer, Jim Jordan, Jody Hice, Chip Roy and Mike Johnson wrote in a letter Thursday.

“The right to peaceably assemble in our nation’s capital under the First Amendment is paramount. This is true regardless of who is doing the protesting or the popularity or unpopularity of their cause. You claim Washington, D.C. ‘upholds the values of love, inclusivity, and diversity’ but your silence following the violence perpetrated against Americans who support President Trump suggests you apply these principles only for those who share your same political opinions. This is a dangerous precedent,” they continued. “The failure of the city’s leaders to afford basic protections to persons who may hold different political viewpoints from their own appears to be another concerning example of viewpoint discrimination in the District.”

The letter details how Trump supporters were attacked with fireworks, eggs and physically assaulted by leftists.  This occurred while they were walking down the street and eating dinner.

A older Trump supporter on a bicycle was knocked down and had liquid dumped on him by BLM-antifa rioters in DC. pic.twitter.com/juPwidaO8y

DC Police rush to protect the entrance of a hotel near BLM Plaza. Lots of shoving by police. pic.twitter.com/KMoZOWjQOm

Bowser has yet to condemn the violence against Trump supporters in Washington D.C