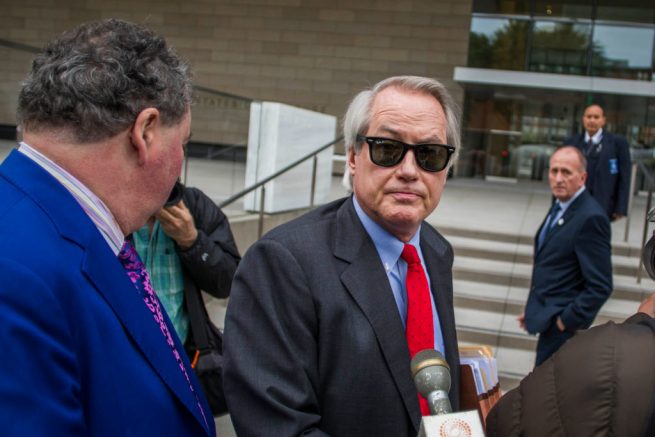 Attorney L. Lin Wood speaks to the media about his client. (Photo by Apu Gomes/Getty Images)

A pair of attorneys discussed the legitimacy of the election and argued the left got caught red-handed in stealing the vote.

On Wednesday, attorney Lin Wood and talk show host Mark Levin weighed in on the ongoing legal challenges. The two pointed out the “real” results showed President Trump won by a massive margin.

“This election was a fraud,” stated Lin Wood, attorney for the Trump campaign. “Donald Trump won, I believe, a 70% plus landslide election in the nation. He probably won over 400 electoral votes.”

In addition, Dominion Voting Systems continues to remain the target of much scrutiny from Republicans. According to Wood, Dominion contained software that was manipulated within a network of corporations around the globe.

He added that it took 36 days to resolve the electoral dispute during the 2000 Election, but we are currently only on the 15th day of legal proceedings.

Wood also cited potential foreign influence from China. He mentioned the far left’s attempts to get rid of the Constitution by overthrowing the current administration under the guise of an election.

“They’ve infiltrated our government at [the] state, local, and national level…A number of people have been corrupted by Chinese money and even subject to extortion,” the attorney claimed. “We the people are not going to let somebody come in here and take over our government and take away our freedoms.”