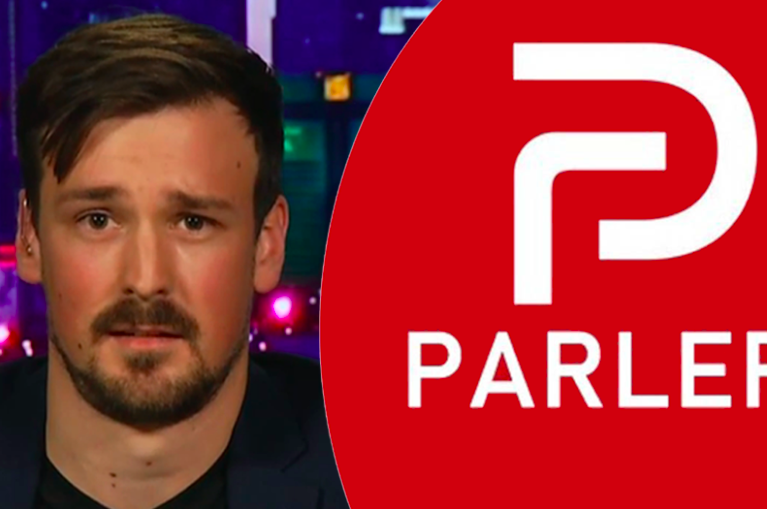 And that ban occurred shortly after social media giants, including Twitter, indefinitely banned President Trump, despite the fact that neither social media platform has felt particularly compelled to ban the social media accounts of globally recognized authoritarian dictators across Asia, the Middle East, and other regions.

Needless to say, legions of high-profile conservatives and their reporters have felt increasingly unwelcome on openly leftist, communism-supporting social media platforms, which is why several individuals naturally fled to Parler, where they know they won’t be put into “Facebook Jail” for 30 days for daring to say #MAGA or any other offensive word or phrase (and, predictably, the list of offensive words and phrases will never stop growing in leftist land).

However, like the true authoritarians that they are, big tech decided that they were not content with controlling speech on their platforms, despite the rather egregious violations of First Amendment protections in doing so. Instead, they decided to use their might to crush any other outlets that are not as eager to ban conservatives as they are.

Which would be Parler, which has just filed suit against Amazon.

However, despite the unprecedented, coordinated, and completely unlawful collusion that big tech orchestrated against Parler, several individuals support the resurrection of the social media alternative, including prominent investor and Fox News contributor Dan Bongino, who vowed bankruptcy before allowing Parler to be crushed by authoritarian big tech.

“Parler will be back, just so the audience understands. I will go bankrupt and destitute before I let this happen … It’s not about the money. It’s not about anything. If Parler goes down, everyone else will be next.” [Source: Fox News]

Parler is hardly the first target of these tech behemoths; it is merely one of the higher profile targets. However, like all authoritarians, big tech will never be satisfied until all of its opposition is crushed.

In addition, Bongino highlights the overt hypocrisy in the big tech industry, including the rather rich subsidiaries the biggest companies enjoy from the government, courtesy of Section 230.

“It’s a free-market? Because Twitter and Facebook are subsidized by the United States government’s law Section 230 where they are allowed to pull down and leave up whatever they want and they are immune to lawsuits due to 230. But, when Parler, which is not a surveillance platform, abides by the very same text of the law 230, Parler is wiped from the face of the Earth and doesn’t get the government subsidy? So to all you geniuses out there: Please explain to me again how this is a free-market argument when a potentially trillion-dollar subsidy is given to favorite enterprises but not to Parler, who actually follows the law.” [Source: Fox News]

Another salient point, and another point that the fake news media will surely ignore in favor of their glee over Trump’s permanent ban from social media, despite the clear and present danger that ban completely poses to an increasingly fragile republic.

While Biden absurdly claims that his inauguration will focus on “unity”, it is a bit difficult to unite the nation when he is completely subservient to the psychotic aims of the Democrat Party, which has steadily chipped away at people’s civil liberties and constitutional freedoms over the past several years.

And now, with the leftists’ illegitimate control of the legislative and executive branches, they’ve become more emboldened than ever in silencing their opposition, to the extent that even the ACLU, along with German Chancellor Angela Merkel and several other European leaders, have openly criticized big tech companies for their increasingly authoritarian actions, including the indefinite ban of President Trump (meanwhile, the Iranian government is free to use Twitter to its heart’s content).

Glenn Greenwald, a liberal journalist who quit, and subsequently skewered, The Intercept for its refusal to publish an article on Joe Biden, recently shredded big tech for its completely open assault on conservatives now.

That these Silicon Valley monopolies are grace menaces to political freedom & economic well-being is *not* a right-wing view … Authoritarians never believe they’re authoritarians, no matter how much censorship, surveillance, jingoism, & imprisonment they demand.” [Source: Fox News]

One can only hope that big tech will eventually be weakened, but it appears highly unlikely that the Democrats will do anything whatsoever to rein in the power of big tech.

Furthermore, the Democrats may also be willing to do just about anything to empower big tech, provided the companies willingly crush any and all opposition, as they’ve done in earnest for the past several months now.