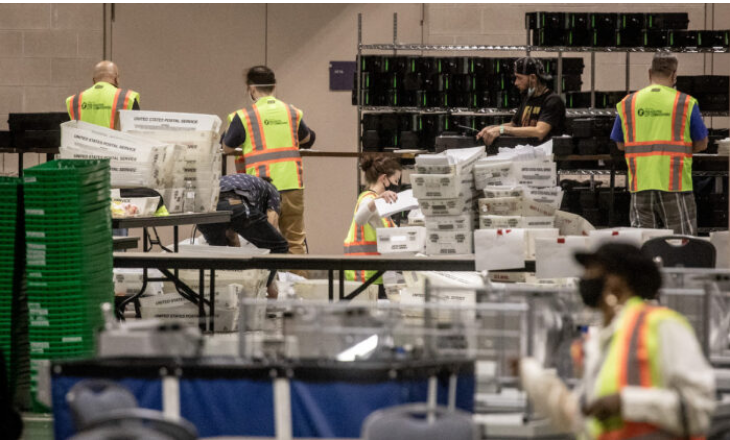 The Pennsylvania House of Representatives voted Thursday to approve a resolution that establishes a non-partisan audit of the 2020 general election, in an effort to restore the public’s faith in the state’s future elections.

The resolution passed in a largely party-line vote of 112–90, reported Pittsburgh Post-Gazette. It allows the Legislative Budget and Finance Committee (LBFC), which is made up by an equal number of Republicans and Democrats from the state House and Senate, to examine the election procedures to both confirm the accuracy of the results as well as provide suggestions for improvement.

The Republicans generally voted in favor of the audit, arguing that a review of the state’s election system is necessary, especially after the confusion and chaos stemming from this year’s high-turnout election with large-scale mail-in voting.

State Rep. Jesse Topper (R), the prime sponsor of the resolution, noted that the audit is not about questioning the results of the 2020 election, but to scrutinize the process to guarantee integrity in future elections.

“Elections are the bedrock of our form of government,” Topper said in a statement. “I firmly believe that this risk-limiting audit by the LBFC, much like similar audits being conducted in other states, will provide a statistical level of confidence in not only the outcome of this past election, but ensure trust in all future elections here in the Commonwealth.”

While the Pennsylvania Department of State does conduct its own audit of every election, which is based on small sample sizes, the LBFC risk-limiting audit would include much larger samples, according to state Rep. Bryan Cutler (R).

“Pennsylvania voters saw a much different election when filling out ballots in November,” Cutler said in a statement. “Every county used new voting machines after Gov. [Tom] Wolf decertified every machine in the state over security concerns or millions of people voted by mail for the first time. A thorough audit tests assumptions confirm accuracy, and restores faith in our process for every Pennsylvanian.”

The Democrats mostly rejected the measure, arguing that the LBFC doesn’t have the authority to conduct such an audit.

“The Legislative Budget and Finance Committee has no expertise or role in election administration and no statutory authority outside the fiscal realm, and it is inappropriate to pretend it does,” Governor Tom Wolf, a Democrat, said in a statement. “An audit by the LBFC would be incomplete, duplicative, and unreliable.”

“Interference by partisan legislators in Harrisburg is wrong. It creates chaos and confusion and should be rejected. A reliable audit conducted by election experts is the best way for all Pennsylvanians to trust the results of this election,” Wolf said.