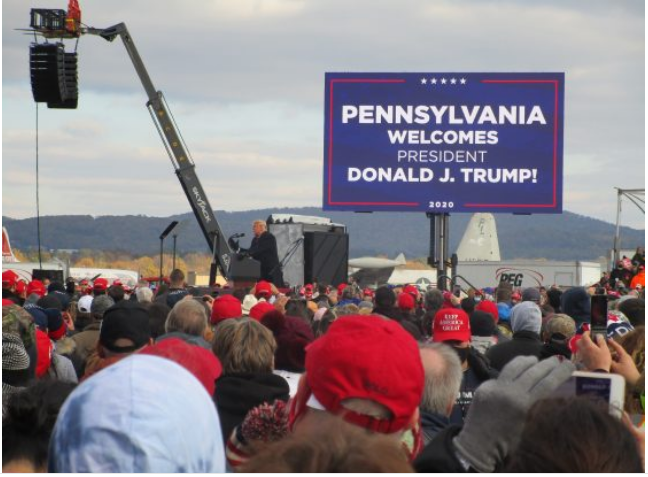 The Trump team is pleased after a Pennsylvania judge reversed a lower court decision and ruled to throw out 2,349 ballots without dates in Alleghany County. The Trump team has filed multiple lawsuits in the Keystone State alleging voter irregularities and potential voter fraud.

The team is still fighting to have other potentially illegal ballots tossed out in Montgomery and Bucks County and across the state.

Rudy Giuliani, the president’s personal attorney, said Thursday at a press conference that in states including Georgia, Pennsylvania, Michigan, Wisconsin, Nevada, and Arizona, the legal team has found “more than double the number of votes needed to overturn the election, in terms of provable, illegal ballots.”

Giuliani cited general “lawsuits” and “affidavits” to support his claim, adding that he hopes to make more affidavits public.

He also claimed there was voter fraud in “big cities” controlled by Democrats. “The number of voter fraud cases in Philadelphia could fill a library,” Giuliani said.

In Pennsylvania, Giuliani alleged, 682,770 ballots “were put in, cast, and weren’t inspected,” which he said should be void. There were “two different standards” in parts of the state of PA when it came to counting ballots, referencing so-called “cured” ballots, the lawyer added.

Although multiple media outlets have prematurely called Joe Biden the winner of the 2020 presidential election but the results have yet to be certified. The Trump campaign has filed lawsuits alleging widespread voter irregularities in multiple battleground states. Over the past week, multiple incidents of uncounted ballots have been uncovered in Georgia.