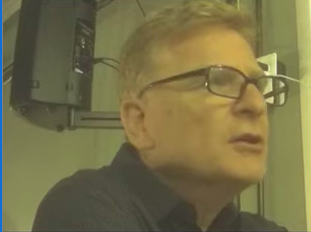 “Even if Biden wins, we go for all the Republican voters, and Homeland Security will take their children away, and we’ll put [Trump supporters’ children] into re-education camps,” the man, identified as Beller in the undated video, says.

Trump’s supporters are raising “horrible children” that will become “horrible people,” he continues.

“Kids who are growing up, knowing nothing but Trump, [Trump supporters] will be raising a generation of intolerant horrible people, horrible kids.”

The individual in the video derides Americans as “fucking dumb” before he praises Washington, D.C. — one of the most left-wing and partisan Democrat cities in America — as populated by “educated” residents.

“Americans are so fucking dumb. You know, most people are dumb,” the man says. “It’s good to live in a place [like D.C.] where people are educated and know stuff. Could you imagine if you lived in one of these other towns or states where everybody’s just stupid?”

The individual says the spread of COVID-19 in “red states” is “great” because it both dissuades Republicans from coming out to vote while afflicting and killing other Republicans.

“What’s great is that COVID is spiking in all the red states, right now,” he remarks. “So, that’s great, because either those people won’t come out to vote for Trump, you know the red states, or a lot of [Trump supporters] are sick and dying.”

PBS, a left-wing news media outlet, benefits from 501(c)(3) charitable status with the IRS through its PBS Foundation, a national umbrella organization supporting its local affiliates. Its registration as a charity provides PBS with exemptions from federal income taxes while allowing it to issue charitable receipts for donations from its benefactors. It also receives direct federal government funding, with its local affiliates receiving various funds from state and local governments.

PBS markets itself as a non-partisan and politically objective operation.

Editor’s Note: The text of this article has been updated to note that Project Veritas has identified the man in the video as Michael Beller and connected him to PBS. Breitbart News has not independently verified his identity.