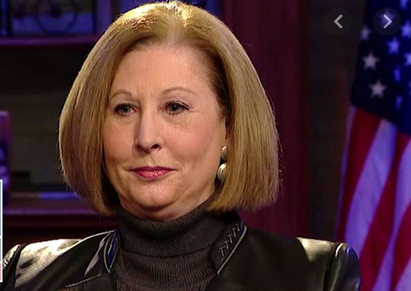 …alleging in federal court that the GOP-run state government permitted a massive voter fraud scheme that rigged the Nov. 3 election in favor of Democrat Joe Biden.

The suit was filed in U.S. District Court in Atlanta on behalf of several Georgia residents, electors, and Republican Party officials and named Gov. Brian Kemp, Secretary of State Brad Raffensperger, and state election board members as defendants.

The 104-page complaint (below) asked the court to issue an injunction “prohibiting the Governor and Secretary of State from transmitting the currently certified results to the Electoral College based on the overwhelming evidence of election tampering.”

“The fraud was executed by many means, but the most fundamentally troubling, insidious, and egregious is the systemic adaptation of old-fashioned ‘ballot-stuffing,'” Powell’s suit alleged. “It has now been amplified and rendered virtually invisible by computer software created and run by domestic and foreign actors for that very purpose. Mathematical and statistical anomalies rising to the level of impossibilities, as shown by affidavits of multiple witnesses, documentation, and expert testimony evince this scheme across the state of Georgia.

“This scheme and artifice to defraud affected tens of thousands of votes in Georgia alone and ‘rigged’ the election in Georgia for Joe Biden,” the suit added.

Powell’s suit made a variety of allegations, including that:

The suit asked for more than a dozen remedies including an injunction blocking the state’s certified results showing Biden as winning by 12,000 votes from being sent to the Electoral College, an audit where signatures are matched, the impounding of election machines, and the securing of video surveillance tapes from vote-counting settings.

Georgia officials have repeatedly denied wrongdoing and said they are confident in the final tallies of votes after an audit last week.

You can read the suit here.