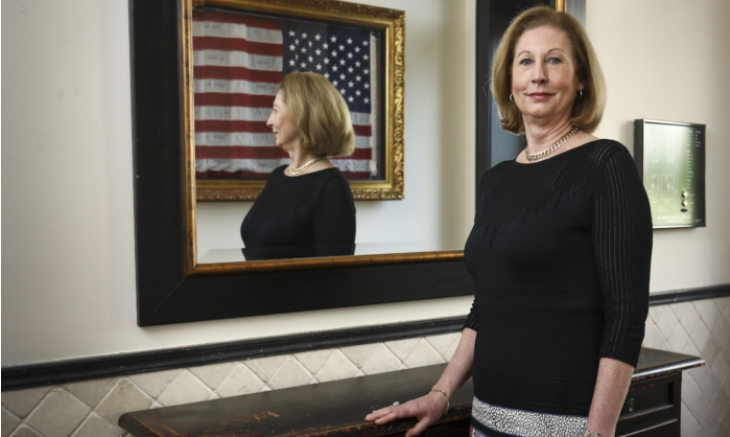 Hours after claiming that President Donald Trump won the election by a landslide and that there is evidence to overturn it, campaign lawyer Sidney Powell said her team will sue more election officials in key states.

While the campaign will not sue election software manufacturing companies, “the suits will be against the election officials to invalidate the results of the election and force it to the legislatures and the Electoral College and then the Congress if necessary,” said Powell, a former federal prosecutor who successfully defended Gen. Michael Flynn in court, in an interview with Fox Business’ Lou Dobbs.

Powell was likely referring to Article One, Article Two, and the 12th Amendment of the U.S. Constitution about contested or contingent elections. Some legal experts and Congress members, including Harvard professor emeritus Alan Dershowitz and Rep. Mo Brooks (R-Ala.), have suggested that Congress can reject a state’s Electoral College votes. Some state Senates and Assemblies or Houses can vote to send up their own slate of electors for when the Electoral College meets in December.

“The entire election, frankly, in all the swing states should be overturned and the legislatures should make sure that the electors are selected for Trump,” she told Dobbs. “It’s gonna have to follow the Constitutional provisions.”

Powell did not say what officials will be sued.

Powell, in the news conference, brought up alleged connections between Smartmatic, Dominion Voting Systems, and Venezuela’s regime under long-dead strongman Hugo Chavez. She made reference to an affidavit filed this week that cited testimony from an alleged whistleblower and former Venezuelan military member, who claimed Smartmatic, Dominion, and other election software companies used technology that was developed in Venezuela under Chavez many years ago.

Over the years, Venezuela’s government has been accused of election-rigging schemes on behalf of Chavez and current leader Nicolas Maduro.

Smartmatic and Dominion have both denied they have any connection to one another, while Dominion has denied having ties to any foreign government, including Venezuela. Dominion said that it purchased assets from a subsidiary of Smartmatic three years after it was sold by the firm. It was also reported this week that Smartmatic voting machines were not used in at least some of the key states that were projected for Democratic challenger Joe Biden.

Various secretaries of state and the Department of Homeland Security have said that there is no evidence of voter fraud, and the fired cybersecurity chief said that the Nov. 3 election was the “most secure” in U.S. history.

A 2006 U.S. diplomatic cable leaked by Wikileaks years ago, titled, “Caracas’ View of Smartmatic and its voting machines,” classified by former U.S. Embassy counselor Robert Downes, noted that Smartmatic was formed by engineers in Venezuela, and it was used in the country for years. The cable at the time described Smartmatic as “a riddle” and “came out of nowhere to snatch a multi-million dollar contract in an electoral process that ultimately reaffirmed Chavez’ mandate and all-but destroyed his political opposition.” The company’s software is used in the Philippines, various African countries, and several Latin American countries, among others.

Smartmatic and Dominion have not responded to a request for comment.

“Dominion is plainly a non-partisan American company with no ties to Venezuela or Cuba,” the Colorado-based firm told news outlets on Thursday. “Vote counts are conducted by county and state election officials, not by Dominion, or any other election technology company—our systems support tabulation by those officials alone.”

On Friday morning, Powell responded to claims made by Fox host Tucker Carlson over a request to present more evidence on Thursday’s show. Carlson asserted that Powell became angry when he called to ask her for new information.

“I didn’t get angry with the request to provide evidence,” Powell told Fox Business on Friday. “In fact, I sent an affidavit to Tucker that I had not even attached to a pleading yet to help him understand the situation, and I offered him another witness who could explain the math and the statistical evidence far better than I can. I’m not really a numbers person.”

Carlson was “insulting, demanding, and rude, and I told him not to contact me again, in those terms,” she added.