U.S. Space Force Overlords Armed with ‘Rods from God’ under the control of President Trump will hit with pin point accuracy earth targets with the force of a nuclear weapon 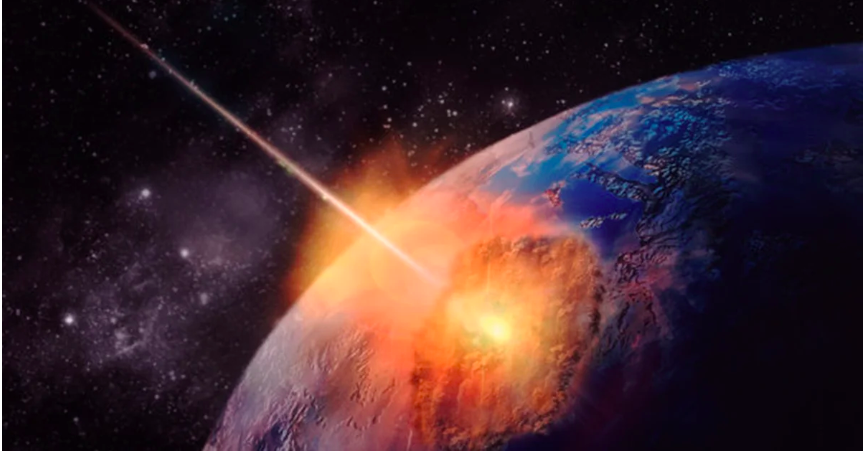 Total Destruction… For example the likes of CHINA”s

Developed out of a need resulting from the 107 country Outer Space Treaty signed in 1967 prohibits nuclear, biological, or chemical weapons from being placed or used from Earth’s orbit.

What they didn’t count on was the U.S. SPACE FORCE would end up controlling a very expensive (lift to orbit) but remarkably simple weapon ever conceived: a tungsten rod that hits the earth with the explosive force of a nuclear weapon.

During the Vietnam War, the U.S. used what they called “Lazy Dog” bombs. These were simply solid steel pieces, less than two inches long, fitted with fins. There was no explosive – they were simply dropped by the hundreds from planes flying above Vietnam.

Lazy Dog projectiles (aka “kinetic bombardment”) could reach speeds of up to 500 mph as they fell to the ground and could penetrate nine inches of concrete after being dropped from as little as 3,000 feet

The idea is like shooting bullets at a target, except instead of losing velocity as it travels, the projectile is gaining velocity and energy that will be expended on impact. They were shotgunning a large swath of jungle, raining bullet-sized death at high speeds.

That’s how Rods from God came to be.

Instead of hundreds of small projectiles from a few thousand feet, a large projectile from a few thousand miles above the Earth. The “Rods from God” idea was a bundle of telephone-pole sized (20 feet long, one foot in diameter) tungsten rods, dropped from orbit, reaching speeds over ten times the speed of sound. (7,676 miles per hour).

The rod itself penetrates hundreds of feet into the earth, destroying any potential hardened bunkers or secret underground sites. More than that, when the rod hits, the explosion is on par with the magnitude of a ground-penetrating nuclear weapon – but with no fallout.

Virtually no known ability to defend against Rods from God, Just minutes from launch to target is a First Strike Knock out punch weapon.

Compared with a nuclear weapon designed to penetrate deep into the earths surface, that produce a very destructive nuclear fallout, devastating to surrounding potentially friendly areas means a clear choice for ending kinetic wars in the most humane way possible.