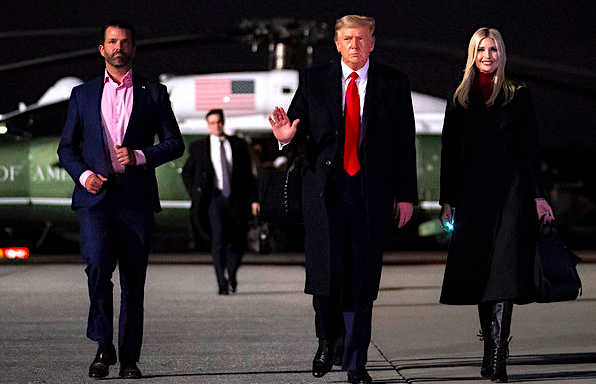 A senior counsel for the taxpayer-funded Public Broadcasting Service disclosed in a hidden-camera interview he wants “re-education camps” for the children of Republicans.

And if Joe Biden had lost the election, he planned “go to the White House and throw Molotov cocktails.”

The lawyer, Michael Beller, also thinks President Trump is “close to Hitler” and believes it was good that COVID-19 rates were spiking in “red states,” because “sick or dying” Trump voters would be less likely to cast their ballots.

His comments were captured in undercover interviews by Project Veritas that were released Tuesday.

WND tried to reach PBS for comment by phone but was repeatedly transferred to recordings.

Does the political left want re-education camps for dissenters to its agenda?

Beller says: “We go for all the Republican voters and Homeland Security will take their children away … we’ll put them into the re-education camps.”

The camps, which he also called “enlightenment camps,” he says, would be “nice.”

“They have Sesame Street characters in the classrooms, and they watch PBS all day.”

Americans outside the Beltway, Beller says, are “just stupid.”

“Americans are so f****** dumb. You know, most people are dumb. It’s good to live in a place [Washington, D.C.] where people are educated and know stuff. Could you imagine if you lived in one of these other towns or cities where everybody’s just stupid?”

And then there’s COVID.

“What’s great is that COVID is spiking in all the red states right now. So that’s great … a lot of them [red state voters] are sick and dying.”

He also says, “In these times, which are unique — I mean Trump — Trump is close to Hitler.”

And his plan in case Biden lost? “Go to the White House and throw Molotov cocktails.”

Project Veritas was launched in 2011 by James O’Keefe as a non-profit journalism enterprise to expose “corruption, dishonesty, self-dealing, waste, fraud, and other misconduct.”

The organization said in a statement it continues to seek “insiders” within PBS “to expose the radical ideas being fomented in the organization.”

And Fox News, he says, “makes me want to throw up after five minutes.”