You can’t have a Police State without the Police 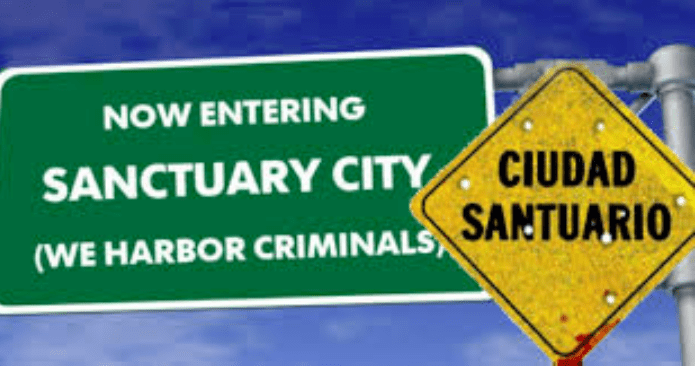 Despite justifiable feelings of hopelessness on the part of millions stemming from the events of the past year, we need to continue to petition those in government with the authority to make a difference. An often-overlooked group is law enforcement. Unlike politicians, who are often moved by less noble motivations, these brave souls are overwhelmingly non-partisan servants of the people who enforce the laws as written without political consideration.

Amidst calls for sanctuary states, succession, civil disobedience, and a Trump led MAGA Party (my call) to replace a moribund Republican Party that refuses, whether because of corruption, dependence, or fear, to stand for those that elected them, we have overlooked a trained and dedicated existing army of constitutional defenders at the ready. Although highly capable combatants, we do not need or want them to fight rather we need them to stand down and obey their oaths to support and defend the Constitutions of the United States and the state they serve by not enforcing any unconstitutional orders or laws.

Over the past year many of our law enforcement professionals enforced unconstitutional and draconian executive orders that deprived those they serve of their civil liberties and helped set the stage for the election steal and a Post Constitutional America. The good news, however, is that many did not. Many police officers, sheriffs, and local officers refused to enforce these orders whether by slowdowns, walkouts, or outward refusals. Our brave law enforcement and military know that government executives do not have law making authority and they certainly do not have the authority to steal elections, rob us of our personal property or deny anyone their God given and constitutionally protected liberty.

All despots need an enforcement arm. Without it they are unable to suppress the inborn desire of all people to be free. Over the summer we saw BLM and Antifa mobs terrorize our country without so much as a word of condemnation from Democrats anywhere. If not already clear, these groups are the police arm of the Democrat party. For decades, most Americans trusted that, despite policy differences, our cross-party friends loved our country. Although there were signs, we never believed that our neighbors were plotting our downfall and conspiring with Communist powers to bring about a Post Constitutional America. Sadly, for ourselves and our children we were wrong. The Democrat Party along with many establishment Republicans have become a Marxist revolutionary band of thugs intent on destroying the constitution and consolidating power into the hands of a global elitist cabal. These sorry souls have holes in their hearts right where the love for those they seek to dominate should exist.

After stealing the presidential election, the senate election in Michigan and the two runoff elections in Georgia, while most Republicans stood silently by, the Democrats are now in complete control and fully intend to shred the constitution by instituting policies that will eliminate dissent and free speech, the free exercise of religion, the right to assemble and free and fair elections. This is and has been an attack, by a Marxist global cabal intent on domination, on our system of government “of the people, by the people and for the people”. We all saw, or should have seen, the warning signs coming for years. The Democrats were brilliant in infiltrating and eventually controlling, academia, media, sports and entertainment, government bureaucracy, the courts, and other institutions of power to set themselves up to land this kill shot when they were ready to strike.

We have undeniably crossed the threshold into a dystopian present which most of us never believed possible. Anyone who voted for this or doubts its inevitability is simply willfully ignorant. This attack is not and was never about President Trump. It is about destroying the energy and spirit of the millions of Americans who wanted their country back and supported a man who promised to lead us to that victory.

As anyone who reads my writings knows, I am a man of faith. I believe that God, acting through each one of us, can change hearts and minds. It is therefore with forgiveness in our hearts for those who seek our domination, that we must turn a listening ear for the still small voice and follow Its path to freedom. It is in that spirit of faith that I am calling upon law enforcement and the military to stand down and refuse to comply with any unconstitutional orders. Without you the anti-constitutionalists are powerless. It is time to choose whether we stand together and prosper again or perish together. Our lives are your lives, and our children are your children. If you turn your back on us for a salary or a pension you are turning your backs on yourselves. Are you going to turn your back on your children for a few pieces of silver? I believe that someone once did that and wound up so agonized he hung from the end of a rope. Will your names be writ in the annals of history as great emancipators and defenders of freedom or will you go down as just another Stasi or SS band of thugs. The time for choosing starts now.