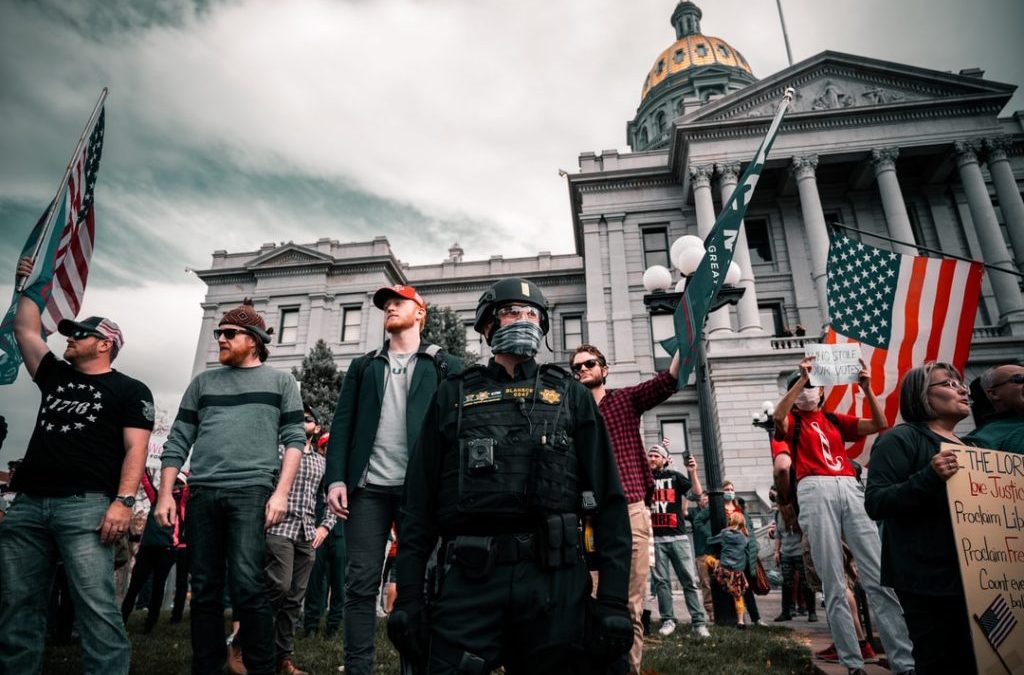 A recent poll reveals that nearly three-quarters of “Trump 2020” voters believe Democrats are “trying to replace white Americans with immigrants and people of color” to increase their political support.

These results came two weeks after Yahoo News conducted a similar poll among 1,573 American adults and found that 61 percent of Trump voters thought “a group of people in this country” are deliberately trying to replace native-born Americans with “immigrants and people of color.”

The latest survey, which YouGov conducted, asked 1,000 American adults several questions, ranging from immigration through to the “the great replacement theory,” which was reportedly cited in a manifesto by an 18-year-old mass-shooter who targeted black people at a grocery store in Buffalo, N.Y.

Participants were asked if they believed “Democrats are trying to replace white Americans with immigrants and people of color who share Democrats’ views.”

The general proportion of respondents who believe such an agenda is spreading rose to 32 percent. However, a stunning 73 percent of Trump voters replied ‘yes,’ in contrast to 8 percent of Biden voters who answered the same. Altogether, 61 percent of Republicans, 10 percent of Democrats and 33 percent of Independents responded ‘yes’ to the question.

The survey also asked: “Do you personally believe that in the U.S., Jewish people are trying to replace white Americans with immigrants and people of color who share Jewish people’s views?”

When asked how “serious a problem is immigration in the U.S. as a whole,” 76 percent of Trump voters replied with a resounding “Very serious,” in contrast to 16 percent of Biden voters. Overall, 42 percent of White participants answered the same, compared to 32 percent of Black and 39 percent of Hispanic respondents.

Even more fascinating is that only 19 percent of Trump voters had “heard about an idea called ‘the great replacement theory’” by “A lot” compared to nearly twice as many Biden voters at 32 percent.

We can derive from these numbers that Democrat-supporting media outlets and politicians are talking perpetually about “The Great Replacement”—but what are its origins?

A French writer and activist, Renaud Camus, initially coined the term “The Great Replacement” after releasing a self-published book in 2011 with the same title in French. It suggests that people of primarily European descent are deliberately being replaced with immigrants who are non-White, mainly affecting Western European countries, America and Canada. The term ‘replace’ suggests a decline in White populations over time due to low birth rates in historically majority-White nations.

The problem is that illegal immigration has reportedly soared to the third-highest in 97 years under the current administration. According to U.S. Customs and Border Protection, there were 1.7 million encounters on the Southwest Mexico-U.S. border during the 2021 fiscal year and 1.3 million in the first seven months of the 2022 fiscal year.

Since the start of the Biden administration, this exponential rise in illegal migration hasn’t curbed suspicions around an agenda of reducing White demographic proportions across the United States, whether intentionally or otherwise.

Have we reached a tipping point of political polarization?

A foundation of shared beliefs and values, and upholding the rule of law and the ideals enshrined in the Constitution must be present to preserve national unity.

The current administration has effectively stuck a middle finger to the rule of law, most recently evident after former Trump advisor Peter Navarro was arrested by the FBI, and unconstitutionally indicted for contempt of Congress after defying a subpoena from the House select committee investigating January 6th. That, or how several demonstrators at the “Stop the Steal” rally were sentenced unconstitutionally on trespassing charges into the U.S. Capitol building with no due process.

Less than a year ago, a study released by a group of researchers at Cornell University revealed that there might be an actual “tipping point” where, at this point, extreme polarization between Republicans and Democrats becomes irreversible.

For example, consider the U.S. Senate. The research team’s predictive model for measuring the behavior of a polarized political group highlighted that even a foreign power attack would not mend the political divide.

Cornell University’s model builds on an earlier political model that examined 30 years of Congressional voting records, and accurately predicted the change in political polarization among 28 out of 30 U.S. Congresses.

The lead author of the study and director of the Social Dynamics Laboratory in the College of Arts and Sciences, Michael Macy, pointed out:

Instead of uniting against a common threat, the threat itself becomes yet another polarizing issue. We found that polarization increases incrementally only up to a point. Above this point, there is a sudden change in the very fabric of the institution, like the change from water to steam when the temperature exceeds the boiling point.

It often feels like America has long passed that irreversible tipping point, having plunged into the boiling poison of complete meltdown.

Yet, against the thunderous noise of sociopolitical division, there are emerging sparks of youthful energy across the Right, whether they are running for U.S. Senate or using their voice in an attempt to steer the cultural current toward social conservatism while engaging with the Left.

As challenging and thorny America’s journey ahead, the emerging range of conservatives and Republican youth undoubtedly provides hope—like their ancestral and political founding fathers, they care deeply about America’s social policies and domestic issues.

But all youth also deserve the wisdom of older generations to learn from their achievements—and failures too. Therefore, we must stay by their side, and buckle up for a rougher ride ahead to save this exceptional, indispensable nation under God.

Agree/Disagree with the author(s)? Let them know in the comments below and be heard by 10’s of thousands of CDN readers each day!