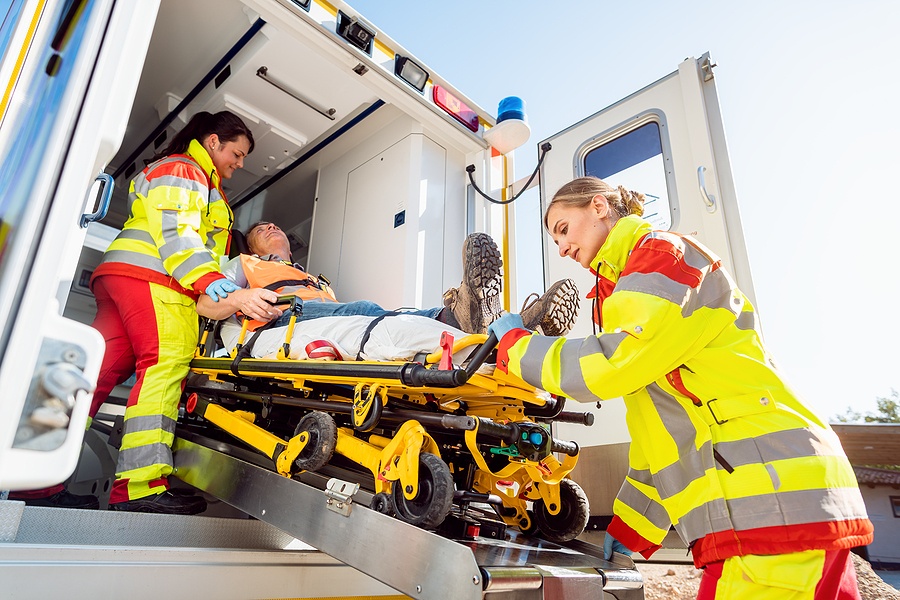 The American Ambulance Association (AAA) warned House and Senate leaders the “nation’s EMS system is facing a crippling workforce shortage, a long-term problem that has been building for more than a decade. It threatens to undermine our emergency 9-1-1 infrastructure and deserves urgent attention by Congress.”

“When you take a system that was already fragile and stretched it because you didn’t have enough people entering the field, then you throw a public health emergency and all of the additional burdens that it put on our workforce, as well as the labor shortages across the entire economy, and it really has put us in a crisis mode,” Baird said.

What’s making the EMS labor shortage worse is President Biden’s vaccine mandates. First responders are quitting across the county because they don’t want to get the jab and have realized they can transfer to other higher-paying jobs.

“I think part of the problem is everybody thought they (workers) would conform because nobody wants to lose their jobs,” Keizer added. “But when you look at the rate of pay for emergency workers, they can make more delivering packages than patients.”

The pushback against vaccine mandates is not just with EMS personnel. Hundreds of firefighters in Los Angeles have filed a notice of intent to sue the city over the order.

The goal of federal, state, and local governments is to get everyone vaccinated, but opponents say constitutional authority to impose these requirements on the workforce is wrong.

The LA firefighters’ attorney wrote that the vaccination order is “blatantly wrongful conduct,” citing several reasons, including interference with employment rights; infliction of emotional distress; violation of constitutional privacy rights; and violation of the protection of human subjects in the medical experimentation act.

… and there’s even LA County Sheriff Alex Villanueva, who refused to enforce the vaccine mandate, saying he would risk losing up to 10% of his workforce if he did so.

What’s becoming clear is that EMS, firefighters, and police, are not down with the mandated jab by the government, resulting in some to leave their posts – threatening the already fragile 911 system.

It’s Time to Choose Sides: Do You Even Know What Side You Are On?

If our website is seized and shut down, find us on Minds.com, MeWe, and Telegram, as well as Bitchute and Rumble for further instructions about where to find us.