A Cup of Coffee a Day Can Prevent Kidney Stones, If You Drink It Correctly 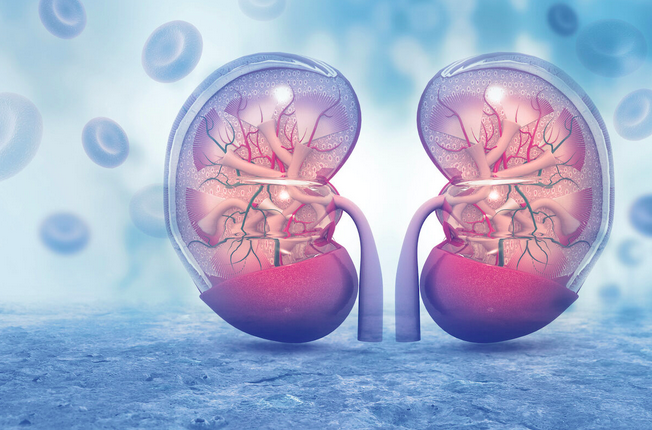 There are many studies that prove the health benefits of coffee, including the prevention of cardiovascular diseases, liver diseases, type 2 diabetes, dementia, and cancer, among others. The latest research indicates that coffee may also reduce the risk of acute kidney injury. So, how can the general public and kidney disease patients drink coffee to protect their kidneys?

A new study published in Kidney International Reports shows that drinking at least one cup of coffee a day may reduce the risk of acute kidney injury.

The study recruited 14,207 adults aged 45 to 64 years old as participants, and after a follow-up period of over 20 years, it has discovered that compared to those who never drank coffee, daily coffee drinkers had a 15 percent lower risk of acute kidney injury; and those who drank more than two cups of coffee per day had a 22 percent to 23 percent reduction in risk.

After adjusting for other factors, such as age and weight, smoking and drinking status, high blood pressure, diabetes, and kidney function, a comparison showed that daily coffee drinkers still had an 11 percent lower risk of acute kidney injury than people who never drank coffee.

Mild acute kidney injury is usually asymptomatic. However, when it becomes moderate to severe, it may result in decreased urine output, edema, fatigue, nausea, vomiting, loss of appetite, drowsiness, headache, and even shortness of breath and coma.

Chirag Parikh, director of the Division of Nephrology at Johns Hopkins University School of Medicine, said that coffee may reduce the risk of acute kidney injury because either the bioactive compounds combined with caffeine or the caffeine itself improves the blood supply to the kidneys, as well as oxygen utilization within them.

Parikh was also one of the researchers in the study. He pointed out that there are molecules in kidneys that cause chemical imbalances and excessive oxygen utilization within kidneys. Caffeine may inhibit the production of such molecules, which in turn helps maintain kidneys’ stability. However, more research is needed to determine the protective mechanisms of coffee consumption for kidneys.

1 to 1.5 Cups of Coffee per day Reduces the Risk of Kidney Stones by 40 Percent

The benefits of coffee consumption for the kidneys also include a reduced risk of kidney stones.

By using genetic data from hundreds of thousands of people, a study published in the American Journal of Kidney Diseases in 2021 showed that daily intake of coffee and caffeine may prevent kidney stones.

By analyzing genetic data of a total of 571,657 participants from the UK Biobank study and the FinnGen consortium, the researchers found a 40 percent reduction of the risk of kidney stones among people who drank one to 1.5 cups of coffee per day.

Kidney stones are a common kidney-related disease that affects up to 15 percent of the population in the United States.

Kidney “stones” are mineral crystals in the urine. They may accumulate in the kidneys or move into the ureters. They occur unpredictably and often cause unbearable pain. Excessive sweating or not drinking enough water increases the risk of kidney stones, because it decreases the amount of urine, thus allowing stone-forming minerals to settle and bind in the kidneys and urinary tract. Kidney stones can be divided into four major types, with calcium oxalate ones being the most common. Calcium oxalate kidney stones form when calcium binds to oxalate in the urine.

Studies have shown that the caffeine contained in coffee causes an increase in urine output, which is an important protective factor against the development of kidney stones. Caffeine also reduces the adhesion of calcium oxalate crystals to the top surface of the renal tubular epithelium. In addition, coffee also contains citric acid, which inhibits stone formation.

Miraculously, decaffeinated coffee may also help protect against kidney stones, because some of the other biologically active compounds in it, such as trigonelline, may have similar protective effects as caffeine.

Before drinking coffee, you should pay attention to the selection of coffee beans and the brewing method. Some people get heart palpitations when drinking coffee, which is related to the quality of the beans. During the coffee beans’ roasting process, there may be bad raw beans and impurities, so it is recommended to choose good-quality coffee beans.

In addition, it’s best to drink filtered coffee, as a 2020 study found that using filter paper to brew coffee can also filter out substances that increase blood cholesterol.

So, which type of coffee is the healthiest? Dr. Chieh Li Wang, hemodialysis doctor and director of the Bo-An Medical Clinic, suggests drinking black coffee or a latte. The latte should be made with fresh milk, not creamer, and we should avoid adding sugar or sugar substitutes.

Dr. Wang pointed out that patients with kidney diseases can also drink coffee, but they need to pay attention to three things:

Since kidney disease patients need to limit their intake of protein, potassium, and phosphorus, and milk has a high phosphorus content, they should pay attention to the amount of milk they consume.