‘A Nation Cannot Exist Without Confidence in its Ruler’ 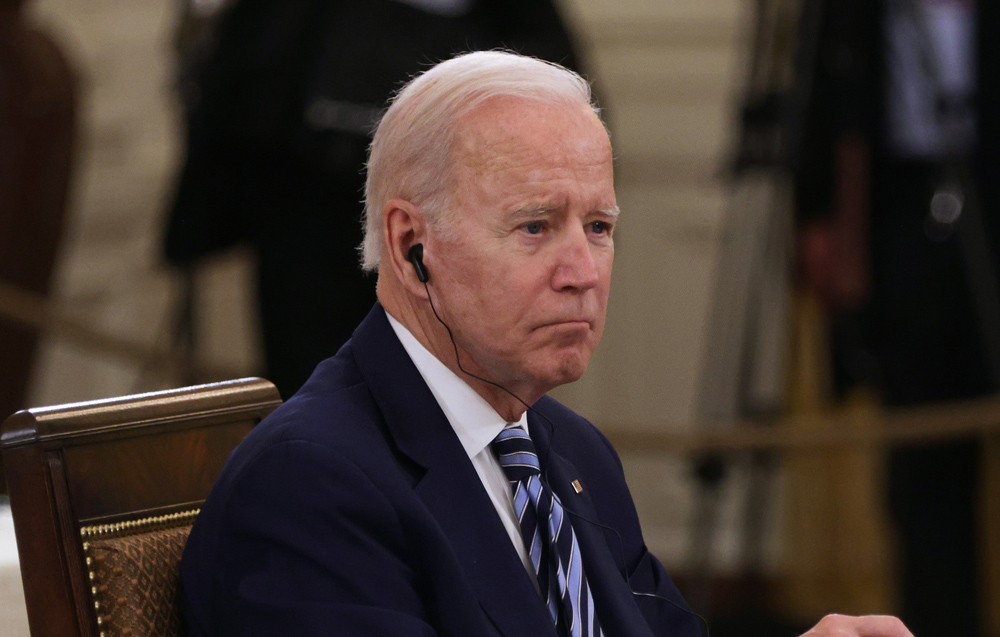 “Tsekung asked about government and Confucius replied: ‘People must have sufficient to eat; there must be a sufficient army; and there must be confidence of people in the ruler.’ ‘If you are forced to give up one of these three objectives, what would you go without first,’ asked Tsekung. Confucius said, ‘ I would go without the army first.’ ‘And if you were forced to go without one of the two remaining factors, what would you rather go without,’ asked Tsekung again. ‘I would rather go without sufficient food for the people…. [A] nation cannot exist without confidence in its ruler.'”
— From The Wisdom of China and India by Lin Yutang.

Most of all we have lost confidence in the millions of political dollars such as Mark Zuckerberg’s “Zuckbucks”, provided privately, where $400 million, laundered through supposedly non-governmental organizations, effectively “swung” elections in Georgia. Now, they are available “on steroids.” After 25 states ruled out private political donations such as Zuckbucks, the Biden administration put $370 billion in public funds — nearly a thousand times what Zuckerberg used — in the hands of long-time Democrat political operative John Podesta, to be disbursed at his discretion, ostensibly for climate change. What cannot be said out loud is that the climate change NGOs that hope to receive this bounty,will most likely be asked quietly to agree that a goodly percentage of what they get be used to “educate” voters in districts known through gerrymandering to be sympathetic.

We have lost confidence in the blindingly unequal application of the law. This abuse of political power cuts through the leadership of virtually all of the government agencies, starting with the Department of Justice and its offshoot, the FBI.

The Department of Justice was recently exposed, among other matters, as having supported a fake investigation for three years. costing $40 million in taxpayer money, into a fraudulent campaign to unjustly discredit former President Donald J. Trump when the people leading the investigation have been shown to have known from the start that it was fraudulent. The FBI deliberately launched a campaign to discredit as “having all the earmarks of Russian disinformation” the contents of a laptop belonging to Hunter Biden, which again they know from the start to be genuine – again to meddle in US elections and throw the vote to a mentally incapacitated and reportedly compromised President Joe Biden.

The Internal Revenue Service was caught targeting “conservatives”, and even the Environmental Protection Agency has been capriciously harassing ranchers (here and here). Now, Congress has voted $80 billion for the Biden administration to hire 87,000 more IRS agents to harass small shopkeepers and hard-working Americans who cannot afford expensive accounting firms — not the billionaires and large corporations who can — into paying even more taxes. Worse, in the middle of a recession that the Biden administration induced on day one by launching a war on fossil fuels, thereby causing the price of literally everything to skyrocket, people who can afford it the least are forced to choose between “eat or heat.”

Where were the dollars appropriated for more agents at the US Southern border to stop the entry of 5 million illegal immigrants, along with fentanyl from China that has been poisoning more than 100,000 Americans; massive human trafficking and sex-slavery; the possible unspeakable future of thousands of unaccounted-for children; nearly a million “gotaways” about whom we know nothing; and the nearly one million who have died trying to enter?

These questions are not new. One year ago, on these pages, reprinted below, similar questions were raised. The answers have only gotten worse.

Re Confidence in ‘Ruler’
by Lawrence Kadish
November 29, 2021

An ancient philosopher is attributed to once observing that a nation can survive deprivation or even a battlefield defeat but it cannot survive the loss of confidence in its leadership.

As the Great Depression dismantled hopes and dreams across America, a president who had once rescued Europe from famine following World War I — and whose organizational skills as U.S. Secretary of Commerce were extraordinary — lost the confidence of his countrymen.

Hebert Hoover would lose his reelection bid to a man who inspired hope, trust, and most of all, confidence among citizens of a nation where nearly a quarter of them were out of work. Franklin Delano Roosevelt would receive nearly 23 million votes to Hoover’s nearly 16 million. The electoral vote was even more telling: 472 to 59.

Yet, as historians will remind us, Roosevelt, despite all of his initiatives, did not have the means to put an end to the Depression through most of his first two terms. What he did manage to do, however, was restore and sustain the confidence of the American people by allowing them to take pride in themselves and the belief that there was a future worth waiting for.

President Lyndon B. Johnson found a nation solidly behind him following the shocking assassination of John F. Kennedy. Yet by the time he announced he would not seek a second term, his approval ratings had sunk to 36% as the Vietnam War stalemated in Southeast Asia and anti-war protests rocked our cities.

The nation had lost confidence in the man who rallied America after those dark days in Dallas. LBJ, ever the political pragmatist, recognized that with such lost confidence was the end of his ability to govern effectively. He knew it was time to exit the Oval Office.

President Jimmy Carter is still another example of a president who failed to gain the confidence of the American people and lost at the polls against a charismatic, inspiring leader, Ronald Reagan. Historians observe that even Democrats were unhappy with Carter’s tenure, coupled with his handling of the Iran hostage crisis and a wretched economy.

President Joe Biden’s tenure in office will be judged against a similar perspective. There is little question that he will be viewed as the commander in chief who ordered our chaotic Afghan retreat, stood mute in the face of inflation creep, and proposed a multi-trillion dollar budget deficit that has the ability to bankrupt future generations tasked with paying it down. The result is that Biden may well be losing the confidence of the American people. The most recent poll shows that more than half of the American public disapprove of his tenure. Already Democrats are openly wondering who will be their candidate when Biden’s first term ends.

For Biden, it could be worse.

In Great Britain, the loss of confidence can immediately bring down a government.

If the House of Commons passes a “no confidence” resolution, the current Prime Minister and his cabinet are required to resign. It ensures that there is not a day the Prime Minister isn’t aware of the need to secure the confidence of Parliament and those voters who sent those representatives to sit in that historic hall.

The upcoming mid-term Congressional election may become the tipping point for the Biden Administration’s ability to govern. It will reveal far more accurately than any poll whether the American people have confidence in a president who, in his suggested confusion, has presided over multiple policy failures.

During its history, America has endured much but this much is clear: its citizens have no patience for a president in which they have lost confidence.

Lawrence Kadish serves on the Board of Governors of Gatestone Institute.