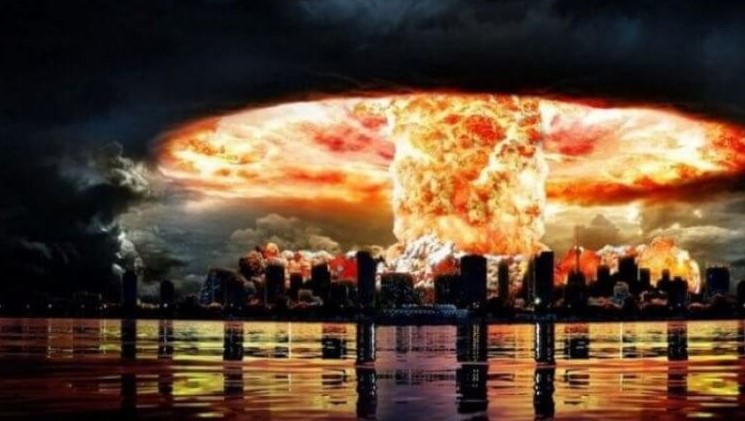 Any of us that have been following events of the last several years have seen what we can only be described as nightmarish.  The world has changed to such a degree in such a short time, it makes us wonder who or what is behind it.

We’ve witnessed a president, a very effective president, hounded and schemed out of office by a political party not remotely concerned with God, family, & country.  It has become apparent that they had foreign assistance from individuals and nations unable to benefit from Trump’s presidency.

We’ve gone through a pandemic that, according to all indications, points to a manufactured virus followed by an unproven, unapproved vaccine that has killed and/or injured thousands of people.  There are responsible people who claim the number of killed and injured is actually in the millions.  The Bio-Pharmaceutical Complex has exposed billions of people to what they were charged with protecting us from.  And they made billions doing it.

The vaccines don’t even casually do what the ‘experts’ said it was going to do.  Eminent physicians are and have been censored, fired, and harassed for speaking out against the carnage. We’ve read and watched news of healthy athletes, students, children, once robust people in the prime of life dropping dead for no apparent reason.  Every month it gets worse. Even life insurance companies are becoming concerned with the excess death, last reported as a rise of 40%.

Never in our history has the medical profession continued vaccinating people with a vaccine that has killed and injured thousands. And yet, the vaccinations continue. And to top it off, Boston University decided to do ‘gain-of-function’ research on COVID-19 to make it even more deadly, as much as 80% fatal – Forbes.  Who thought this was a good idea?

Unbelievably, the medical profession has cashed in all their patient-trust chips early in the pandemic saying there was no treatment for COVID.  Meanwhile, other doctors were prescribing Hydroxy and Ivermectin, curing their patients, until they were stopped cold.  Instead, the government decided on Remdesivir, a highly toxic drug that, according to COVID-19 Reporter, is killing 25% of patients treated with it.  Remdesivir was developed for hepatitis C.  It didn’t work.  It was ‘repurposed’ for Ebola and Marburg.  That didn’t work either.  It was repurposed again for COVID.  That proved ineffective for severe COVID patients, but it didn’t stop the powers that be from prescribing it at thousands of dollars per dose.

The government put hundreds, if not, thousands of elderly COVID infected people in senior care facilities to infect others.  The vaccine, oh, the vaccine…what COVID was really all about.  President Trump, unfortunately was duped by Fauci, Birx, and others.  How could he have known different?  He trusted them.

Meanwhile, there are billionaires and elites like Bill Gates, the self proclaimed vaccine expert, Klaus Schwab of the World Economic Forum (WEF) whose family had close ties with Hitler, Yuval Harari, a close associate of Schwab who believes we don’t need the vast majority of the world population, and let’s not forget George Soros, the anti-Semitic Jew who collaborated with Nazis to relieve Jews of their property.  These are some of the upstanding proponents of the ‘Great Reset’.  They claim it is vital to the planet’s survival.  These globalists are determined to reset the world economy, destroy the sovereignty of every nation, and alter the lifestyle of every person on the planet to that end.  They are supported by the Democrat Party with apparent promises they have received from this evil cabal that they will remain in power indefinitely.

And yet, we find that Gates, the WEF, and Soros are advocates of eugenics, the depopulation of earth and the gene editing of whoever is left alive, to make a more perfect human being.  They have discussed the fusion of the physical, digital and biological world, implanting chips in the skin or brain to be able to communicate directly with the digital world.  Can you imagine a body implanted with chips and software, complete with bugs.  Don’t worry, it will be supervised by Bill Gates. You’ll probably have to report to a trans-human center every other week for a software update.  I have built dozens of computers for myself and friends.  I have learned through experience that the weakest link was almost never the hardware.  It was the software, the operating system, compliments of Bill Gates.   These are people whose faith is in technology, not God.

Our economy just a few short years ago was strong, strongest in 50 years.  Inflation was zero. Gas was less than $2.00/gal and we were energy independent!  We didn’t need to crawl to any nation. Store shelves were full.  The supply chain was humming along.  Our southern border was secure.  Crime was down. Democrats weren’t burning cities to the ground. Interest rates were low. 401Ks were at record values.  Unemployment was at record lows. Home ownership was at record highs, even for minorities.  And let’s not forget, North Korea was no longer testing missiles. The Russian Federation was not invading Ukraine.  They were safe to continue their laundry services for every corrupt politician.  And China?…China was wondering how they were going to stop Trump from cutting into their plans for world domination.

I’m not falling for just about everything the Democrats are overselling.  I’m not falling for the COVID ‘Black Death’, an ailment marginally more fatal than the flu and their overreaction to it.  By the way, what happened to the flu?  I’m not falling for the climate change hoax.  The planet’s climate will change no matter what we do or don’t do. Gates wants to block the sunlight by depositing into the atmosphere sulfate particles.  What could possibly go wrong?  Gates and those like him look at themselves as gods, knowing good and evil.  In reality they are atheists who look at everyday people as just things for amusement, experimentation and service for their selfish needs. Gates spends billions backing projects he knows little about.  He is not even college educated.  They are evil at their very core.

I’m also not buying the LGBTQ movement.  I knew early on it wasn’t acceptance they were demanding, it was approval.  Now that they think they have it they are frantically looking everywhere for followers, especially among the very young…your children and grandchildren.  And they are being assisted by our education system all over the country.

The crime and blight in major cities is becoming ripe for martial law.  What are Democrats doing about it?…Nothing!  Why?  They need the chaos and are hoping people will soon agree to any solution they propose.  How?  It’s called Weaponized Governmental Failure.  Urban governments are not stupid nor are they completely incompetent.  They don’t fix the potholes on purpose.  They don’t solve the crime issue on purpose. They don’t rid the cities of the homeless on purpose.  They don’t clean up the garbage on purpose.  The last thing these cities want is to clean up their turf and have middle-class voters moving in, disturbing the political balance.  Middle-class voters, as a whole, do not put up with governmental nonsense.

This Biden government has openly ignored our immigration law. Over 5 million unvetted illegals have crossed our borders just in the last two years. This alone is grounds for impeachment and dismissal of the entire Executive Branch.

Much of this madness is found in the Cloward & Piven Strategy.  Cloward and Piven were political activists in the 60s.  Their Marxist strategy was to destroy the culture, and overload the system with social welfare, open borders, and taxes until the system collapses, replacing it with socialism.  Their political descendants are in Washington, D.C. now.  Any student of history knows you cannot have the evil pair, open borders and a welfare state, but we have both, don’t we?

In spite of its slick name, the Build Back Better program is already a bust. The trillion dollar plus infrastructure building program that, a year later, has only broken ground on a $20 million heated sidewalk in a small town in New Hampshire, and a $25 million foot bridge in Phoenix that goes nowhere.  These are your Democrats. Where the money has gone or been diverted to is a mystery.

The Democrat and RINO warmongers now want a war.  The Military Industrial Complex is hungry for orders and the globalists are anxious to be rid of a few billion people while they wait for the vaccines to do their dirty business.  The 101st Airborne is now in Romania, training for war with Russia three miles from the border.  The globalists are in cahoots with the Democrats and are determined to bring America to its knees, knowing that the rest of the world will soon follow.

We found out just yesterday, as reported by Fox News, that the U.S. has only about 3 weeks of diesel fuel stockpiled.  If we do run out, trucks will not run, gasoline will not be delivered to stations, food deliveries to stores will not happen, fire engines and police will not answer calls, aircraft will not fly for fuel will not be delivered. The country will come to a halt.  The possible scenarios are endless.

The Western world apparently has aligned itself with the globalists.  Nothing is as it seems.  Decisions are being made within governments void of the loyalties you would expect.

Every state governor that has the resources should be drilling for oil, disregarding the edicts coming from Washington.  The 10th Amendment allows them to do what is best for their states and the country.

The deep state, the establishment, worked tirelessly against President Trump and America.  In just two short years, with Trump out of the way, the world has descended into chaos, a slow-motion nightmare.  This doesn’t make Trump indispensable, but it does prove that Elections Have Consequences!