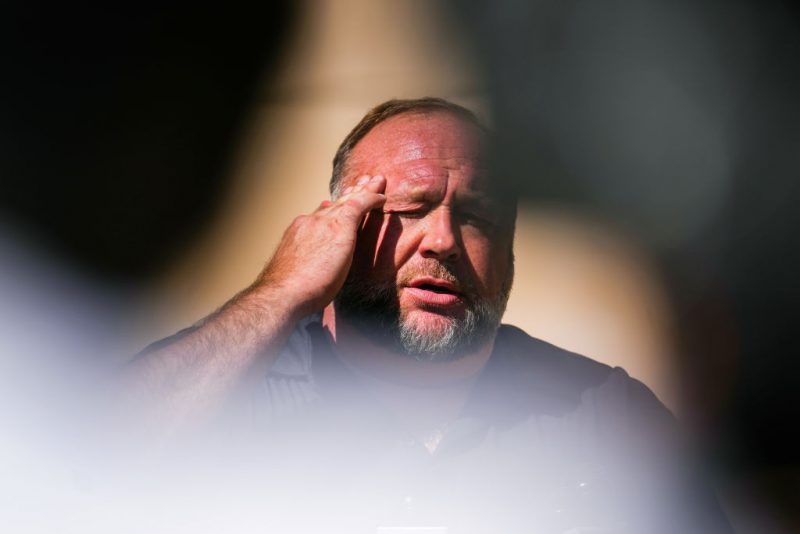 On Friday, the InfoWars host filed for bankruptcy in Texas. In a court filing that he claimed that he has $1-10 million in assets and $1-10 billion in liabilities. The filing comes after the 48-year-old was ordered to pay around $1.5 billion dollars in damages to the families of Sandy Hook victims in a string of court rulings earlier this year.

Jones made statements where he accused family members involved with the Sandy Hook shooting of being actors and he suggested that the underage victims are still alive.

“My gut is, with the timing and everything that happened, this is staged,” Jones said. “And you know I’ve been saying the last few months, get ready for big mass shootings, and then magically, it happens.”

“You’ve got parents laughing — ‘hahaha’ — and then they walk over to the camera and go ‘boo hoo hoo,’ and not just one but a bunch of parents doing this and then photos of kids that are still alive they said died? I mean, they think we’re so dumb,” he stated.

The judge also ordered Jones not to “transfer, encumber, dispose of, or move his assets out of the United States until further order of the court.”

Some relatives of the 20 children and six adults that were killed in the 2012 school shooting testified in the Texas and Connecticut cases. They stated that they were threatened and harassed for years by people who believed the lies told on Jones’ show.