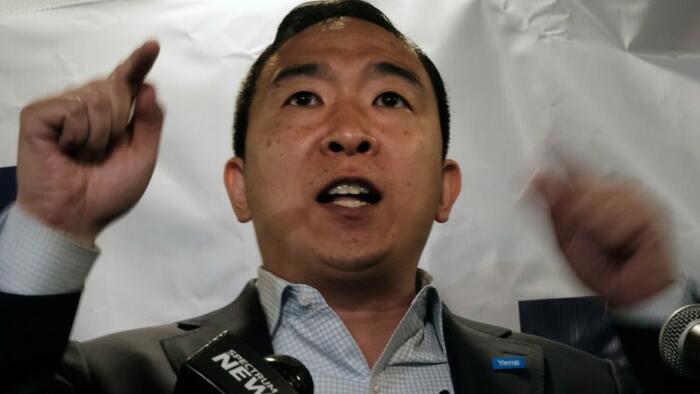 Citing sources within the Democratic Party, Andrew Yang says it’s now unlikely that Joe Biden will run again for president in 2024 and that donors are sitting back waiting for a better candidate to emerge.

Yang ran a surprising campaign in 2020 that turned him into a major player, leading to his participation in seven of the first eight Democratic debates.

Now the former attorney is predicting that Joe Biden will have to drop out before the next presidential election.

Yang explained how he originally thought Democrats would run Biden to “avoid a fractious primary,” but has since changed his mind.

In addition to Biden’s political agenda stalling, according to Yang, donors are starting to get cold feet.

“There has been increasing unease from large DNC donors,” wrote Yang. “One donor told me that several funders were openly talking about sitting out the next cycle until they knew what/who they were backing.”

In latest email, Andrew Yang predicts that Joe Biden won’t be the 2024 Dem nominee, says “I’ve now heard from at least a couple people who are considering mounting a challenge…As the sense deepens that Joe may not run for a 2nd term…” pic.twitter.com/yd5Kye79bG

“Another suggested that donors were trying to figure out who to coalesce around as a new candidate in 2024,” he added. “If donors are talking this way, they certainly have multiple candidates in-waiting who are thinking this way.”

Yang also revealed that he has “heard from at least a couple of people who are considering mounting a challenge.”

“As the sense deepens that Joe may not run for a 2nd term, people are beginning to prepare their own runs for 2024,” wrote Yang.

The urgency to find a new candidate has increased now that “Trump is so clearly the Republican frontrunner,” according to Yang, who also notes that there is likely to be a strong 3rd party candidate.

Biden’s suitability for a second term took another blow this week when he stumbled his way through a car crash of a press conference.

With questions already swirling as to the president’s cognitive decline, how is he going to perform in the debates in over two and a half years’ time?

Biden’s approval rating also recently sunk to a new record low as his inability to deal with runaway inflation bites into his poll numbers.

Democrats are so devoid of a viable candidate that there’s even talk Hillary Clinton could throw her hat in the ring for a potential re-run of her 2016 tussle with Trump.

In the age of mass Silicon Valley censorship It is crucial that we stay in touch. I need you to sign up for my free newsletter here. Support my sponsor – Turbo Force – a supercharged boost of clean energy without the comedown. Get early access, exclusive content and behinds the scenes stuff by following me on Locals.