“Another Stab In The Back”: Climate Movement Miffed After UK’s Sunak Snubs Cop27 Climate Talks 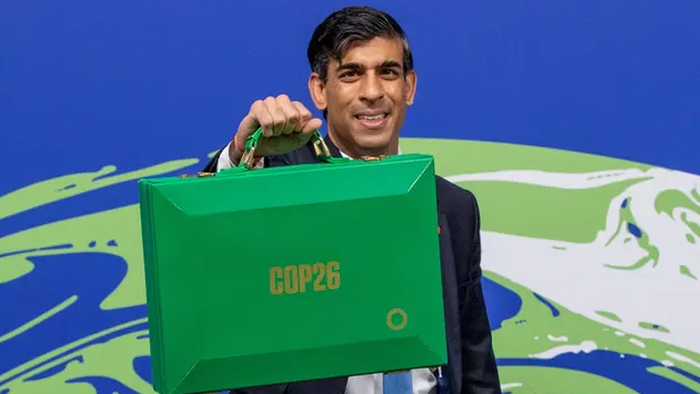 “I can understand why the king was asked not to attend – keeping him out of the fray. However, as the principal UK policymaker and the Cop26 president, the PM should have led the summit,” said Belize’s ambassador to the UN, Carlos Fuller. “It seems as if they are washing their hands of leadership.”

Sunak’s reason for not going – to concentrate on the UK’s economic statement – was questioned. Mohamed Nasheed, speaker of the Maldives parliament and former president, said: “[It’s] very worrying that the UK thought there was anything more serious than climate change. You can count the pennies but might lose the pounds.”

Developed countries were also concerned. One senior government aide said: “It appears as if the new UK prime minister wants to wash his hands of the previously strong role the government played on international climate action. It’s another stab in the back for [Cop26 president Alok] Sharma.” -Guardian

Last year’s Cop26 talks held in Glasgow were notably headed by Boris Johnson, and ended with a global consensus that global temperatures need to rise no more than 1.5C. The conference was chaired by cabinet minister Alok Sharma – who will not be at Cop27.

Sunak will instead speak at a reception for businesses and environmental leaders at Buckingham Palace this Friday, just 48 hours before Cop27 starts.

“The prime minister is not expected to attend Cop27 and this is due to other pressing domestic commitments including preparations for the Autumn Budget. The UK will be fully represented by other senior ministers as well as the Cop president Alok Sharma,” said a #10 spokeswoman on Thursday.

“For all Boris Johnson’s ills, no one can reasonably accuse him of ignoring or not prioritising climate action. The UK has benefited from the leadership of Alok Sharma and Lord Goldsmith,” one Commonwealth diplomat told The Guardian. “One hopes [Sunak’s stance] is not a backsliding of the positions the UK has taken in recent years on both areas.”

It is unusual for the head of state of an important Cop not to attend the handover. After convening the landmark Paris agreement of 2015, French president François Hollande was warmly received at the following UN climate Cop, in Marrakech.

The UK still holds the presidency of the UN negotiations, until the reins are handed over to the Egyptian government at the Cop27 summit in Sharm El-Sheikh. This puts the British government in a key position in the long-running climate talks, and the prime minister would normally be expected to hold closed-door bilateral meetings with counterparts around the world, focusing on the climate but including other subjects, such as the Ukraine war and the global economic crisis.

Egypt is particularly miffed at Sunak’s decision for some reason, voicing “disappointment” according to the report.

Perhaps it’s time to send the Gretas. Or the bees. Or the Gretas with bees in their mouth so that when they bark they shoot bees at you.