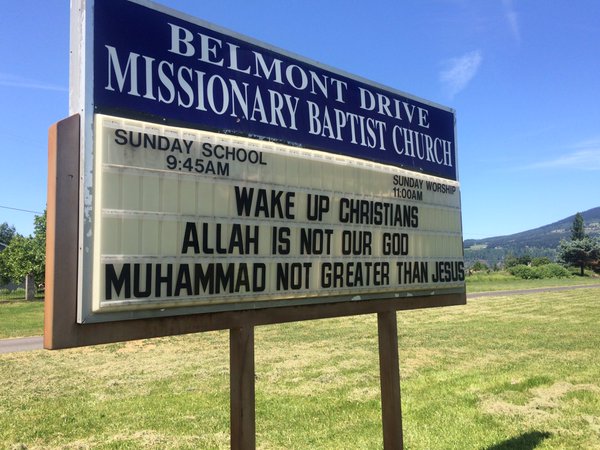 By BNI –  The reader board now displays two messages. The first reads, “Wake up Christians. Allah is not our God. Muhammad not greater than Jesus.”

The second says, “Only the Bible is God’s word. ‘Holy book.’ Koran is just another book.” 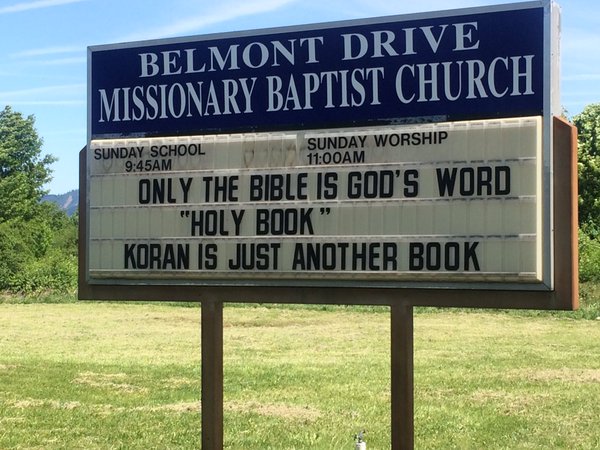 “I literally had to stop and back up and make sure I saw what I saw, and I was profoundly offended and upset by it,” Eric Cohn said. Cohn, a leftie Hood River resident, first spotted the message while he was out for a bike ride. He couldn’t believe what he was reading, and he isn’t the only one.

“I was really annoyed and sad,” Hood River leftist mayor, Paul Blackburn, said. “I am annoyed that in this political season there’s a solid case of ugly going on. I think it norms up this kind of behavior like ‘oh it’s okay to be a bigot now.’” 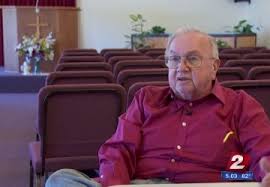 Both men are concerned the sign sends the wrong message about their town. Cohn was so worried he even wrote a letter to the editor of the local paper. “This one guy wrote in here that I’m a terrorist almost. You ought to see what he put in here!” Pastor Michael Harrington (right) said as he read from the letter.

Harrington doesn’t plan to take the messages down until the first of the month when he was planning to put new messages up anyway. He says anyone is welcome to come by his church to discuss the matter over coffee and doughnuts. 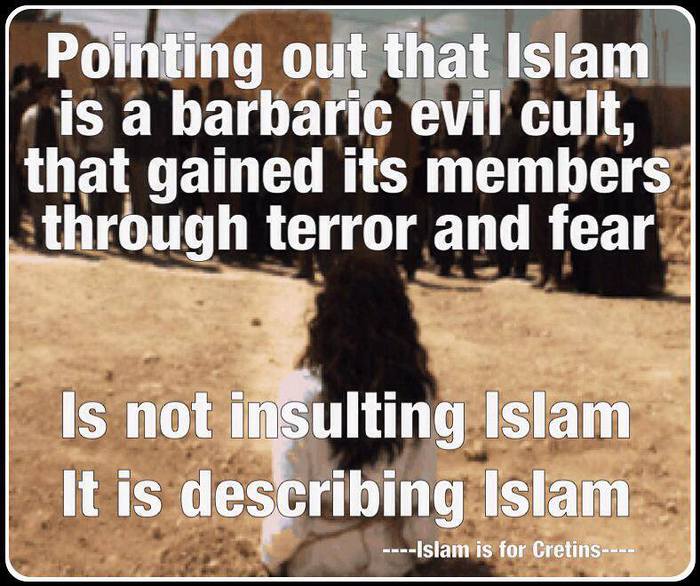