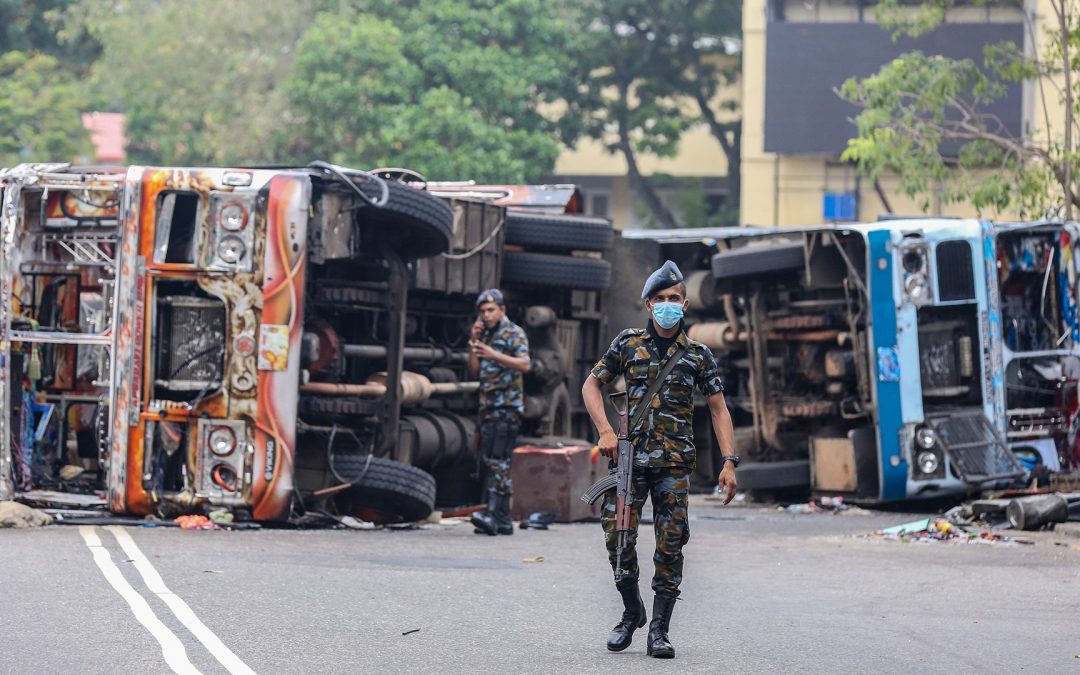 I think I have read the word “apocalyptic” used to describe the immediate future more than I have ever seen before, suggesting that the world is now on the brink of chaos.

Mood On Wall Street Has Never Been More Apocalyptic

Here is Governor of the Bank of England Andrew Bailey’s comments from earlier today:

Mood On Wall Street Has Never Been More Apocalyptic; Tech Short Is Biggest Since 2006

One month after the April Fund Manager Survey was downright “apocalyptic” with the majority seeing a bear market and stagflation – yet nobody rushing to sell – and with optimism plunging to levels right before Lehman, today Bank of America published the latest, May FMS (available to pro subscribers in the usual place) in which the bank’s doom-and-gloomy Chief Investment Strategist Michael Hartnett (who most recently warned that the bear market will end when the S&P hits 3,000 in October) found that his view is shared by a growing number of even more apocalyptic Wall Street professionals, because the survey which polled 331 panelists managing $986 billion in AUM, revealed global growth expectations plunged even more compared to last month, and dropped to fresh all-time lows (net -72%) …

… with profit expectations slumping past the COVID lows to net -66% (from 63%), the weakest since Oct’08, smack in the middle of the Global Financial Crisis. (note lows in global profit expectations consistent with other crisis moments such as LTCM, Dotcom bubble burst, Lehman bankruptcy, and COVID)…

One of the countries that has been especially hard hit with massive riots where soldiers were ordered to shoot protesters, is Sri Lanka. Mahinda Rajapaksa, the brother of sitting President Gotabaya Rajapaksa, resigned last week after violent protests, and the country is on the brink of total disaster.

Sri Lanka has only enough petrol for one day and urgently needs $75 million in foreign exchange to pay for essential imports within the next couple of days, the country’s new prime minister said on Monday.

“At the moment, we only have petrol stocks for a single day,” Prime Minister Ranil Wickremesinghe said in a televised address.

Wickremesinghe said that three shipments of crude oil and furnace oil “have been anchored within the maritime zone of Sri Lanka” because the government was unable to raise dollars to pay for them.

“At present, the central bank, local and private banks, and foreign banks functioning in Sri Lanka are all facing a dollar shortage. As [the public] is already aware, we possess a very low amount of U.S. dollars,” he said.

While shipments of diesel and petrol using the Indian credit line may provide relief in the coming days, Wickremesinghe warned that Sri Lanka could see power outages lasting up to 15 hours a day.

Wickremesinghe said the central bank will have to print money to pay the wages of state-sector employees, though he cautioned that doing so would cause the currency to depreciate.

“The next couple of months will be the most difficult ones of our lives. We must prepare ourselves to make some sacrifices and face the challenges of this period,” he remarked.

Men on a scooter ride past the burnt buses near Sri Lanka’s former prime minister Mahinda Rajapaksa’s official residence, a day after they were torched by protesters in Colombo on May 10, 2022. (Ishara S. Kodikara/AFP via Getty Images)

Wickremesinghe was appointed prime minister on May 12 after violent protests led to the resignation of Mahinda Rajapaksa, the brother of sitting President Gotabaya Rajapaksa.

At least nine people died and 219 others were injured after ruling-party supporters attacked anti-government protesters on May 9. Armed troops are now authorized to shoot anyone seen looting public property or causing damage. (Full article.)

Protests have also happened in Iran due to rising costs of food, and the government responded by actually shutting down the Internet so people could not communicate with each other.

Iran shuts down Internet, amid rising bread prices and cost of living protests

The Iranian government has enforced Internet shutdowns across the country as citizens protest rising bread prices and other spiraling costs.

The disconnection appears to be tiered – while individuals are brought offline, businesses, banks, and government offices remain connected.

The shutdown last week targeted the province of Khuzestan and its cities of Ahvaz, Abadan, Hamidehey, Sosanger, and Izeh. But this week, as protests grew, the government expanded the Internet blockade to cover the whole nation.

Iranian president Ebrahim Raisi this month announced plans to cut back on bread subsidies that help feed many of the nation’s poor. He said that in two months citizens will be given digital coupons that will give access to a small number of subsidized bread purchases, while the rest will be available only at market rates.

This is then planned to be expanded to cover other foods.

Iran heavily subsidizes many of the products its citizens consume, and has struggled to cut back without sparking protests. When it increased petrol prices three years ago, hundreds were killed in mass demonstrations.

Around 15 million tons of wheat are imported annually – roughly 30 percent of which came from Russia and Ukraine. With the war, that supply has been disrupted, sending global wheat prices soaring.

A rise in global oil prices and China’s purchase of Iranian crude oil have proved crucial to maintaining the economy, but ongoing sanctions, 39.2 percent inflation, and a weakening currency have further squeezed Iranians.

Many of Iran’s poor – as well as millions of Afghan refugees – can no longer afford meat or other foods, turning to subsidized bread to feed themselves and their families.

Efforts to lift US sanctions have stalled, after talks in Vienna stopped in mid-March.

Are you ready for the “apocalyptic” future?

Who You Allow to Define “Sickness” Determines if You Live in Slavery, or Freedom