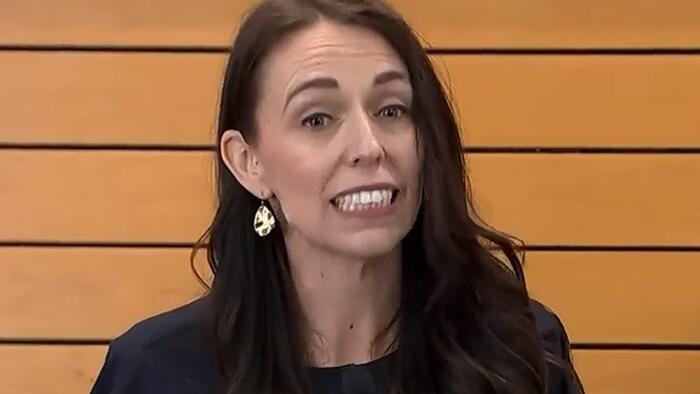 New Zealand Prime Minister Jacinda Ardern, one of the best known and longest faces of the globalist menace that steamrolled all personal rights and liberties during the period of world history known as “covid fascism” while arresting countless non conformists just so she could impose universal lockdowns and to enable the CEOs of Pfizer and Modern to become stinking rich, said she would step down by Feb. 7 after more than five years as leader because she “lacks the energy” to do the job ahead of an election later this year.

“I believe that leading a country is the most privileged job anyone could ever have, but also one of the more challenging,” a tearful Ardern said. “You cannot and should not do it unless you have a full tank plus a bit in reserve for those unexpected challenges.”

“I know what this job takes, and I know that I no longer have enough in the tank to do it justice,” the now former prime minister said. “But I absolutely believe and know there are others around me who do.”

She added: “This has been the most fulfilling five and a half years of my life. I am leaving because with such a privileged job comes a big responsibility.”

Opinion polls have shown Ardern’s center-left Labour Party trailing the opposition National party, although her own standing with voters was higher than other political leaders. Results of one survey released last month by 1 News Kantar showed support for Labour had fallen to 33%, from 41% around a year earlier. National topped that poll with 38%.

Translation: some huge scandal is about to emerge.

She said she is proud of what she has accomplished during her time as leader, citing progress on responding to climate change, addressing child poverty, easing access to education, improving worker conditions and dealing with issues of national identity

Labour lawmakers will elect a new leader of the party — and the country — in three days’ time, Ardern said.

Ardern said she had informed party members of her decision earlier in the day. She said would remain a member of Parliament for her electorate in the city of Auckland until April, in order to avoid the need for a by-election.