Are >100 dead US airline pilots trying to send us a message about vaccine safety? 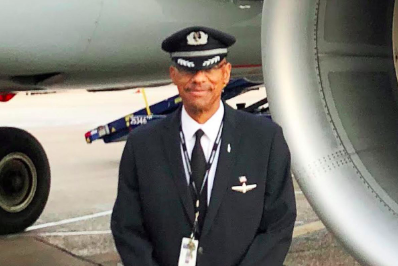 A list deaths published in the Air Line Pilot Association magazine shows that most of the deaths in 2021 happened after the vaccines rolled out. Are dead pilots trying to tell us something?

Yesterday, I received the following text message referring to an article in the Air Line Pilot Association (ALPA) magazine:

OK, so at first glance, that looks pretty incriminating, doesn’t it? Especially the huge number of deaths in July (39) as compared to a pre-jab month like January (1) or March (1).

Note that you can’t look at prior years since they only list the “new” deaths they heard about in the magazine for prior years.

But the deaths in 2021 might have been listed in an earlier issue so let’s not jump to conclusions just yet.

I’m convening a group of volunteers at 4pm PST today (December 12) to investigate further. It looks like these pilots might be trying to teach us something about vaccine safety. If we get 40 people in the room, the amount of work each person needs to do is very small.

If you want to contribute to this project by investing a few minutes of your time to do a little research, here’s the link: https://meet.google.com/awy-zsth-wzg

Here’s the latest death toll for athletes to chew on in the meantime:

Strange isn’t it… the spike in deaths and collapses? Remember, a lot of athletes resisted getting the jab until their own mandates (or “incentives”) kicked in.