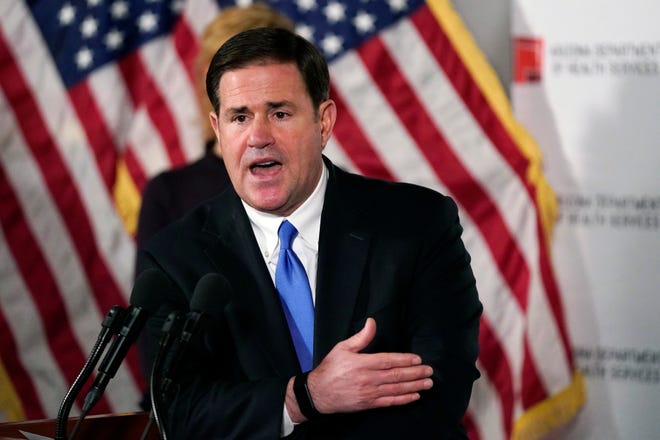 With Arizona Governor Doug Ducey (R) terming out, the stage is set for a crowded GOP primary. Six Republicans are on track to battle it out ahead of the gubernatorial election. According to Ballotpedia, there are three declared candidates for the Democrat primary with one independent and one libertarian participating in the general election.

Arizona State Treasurer Kimberly Yee was among the first Republicans to announce a bid. Yee is endorsed by Rep. Debbie Lesko (R-Ariz.), but could face an uphill battle as she weathered a 2014 recall effort when serving in the state Senate.

Matt Salmon, a former representative who has historically called for strong borders and health care reform, has also tossed his hat in the ring. Salmon has garnered the support of Rep. Andy Biggs (R-Ariz.) who took over Salmon’s House seat when he retired in 2016.

The candidates will face off in the Republican primary on August 2 to see who will go on to represent their party in the general election.