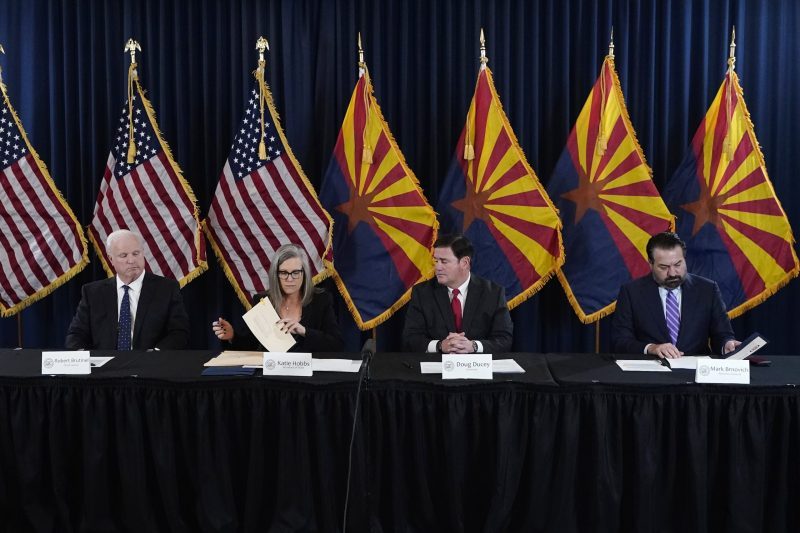 Arizona officials have pushed forward with certifying the states election results amid rampant voting and integrity concerns. It is a move that is expected to bring several lawsuits from Republicans.

State officials met on Monday to finalize Arizona’s vote canvas and to announce the results. This comes despite a slew of reported election day issues across the state including in Maricopa County.

Secretary of State Katie Hobbs (D-Ariz.), who was one of the officials to certify the results, was declared the winner in the governor’s race.

Republicans have contested election officials’ insistence that there were no voting day issues or disenfranchisement by pointing out the high number of reported printer malfunctions at polls in Maricopa County.

Republican Gubernatorial candidate Kari Lake and Republican Attorney General candidate Abraham Hamadeh have both signaled that they will likely take legal action in response to the certification.