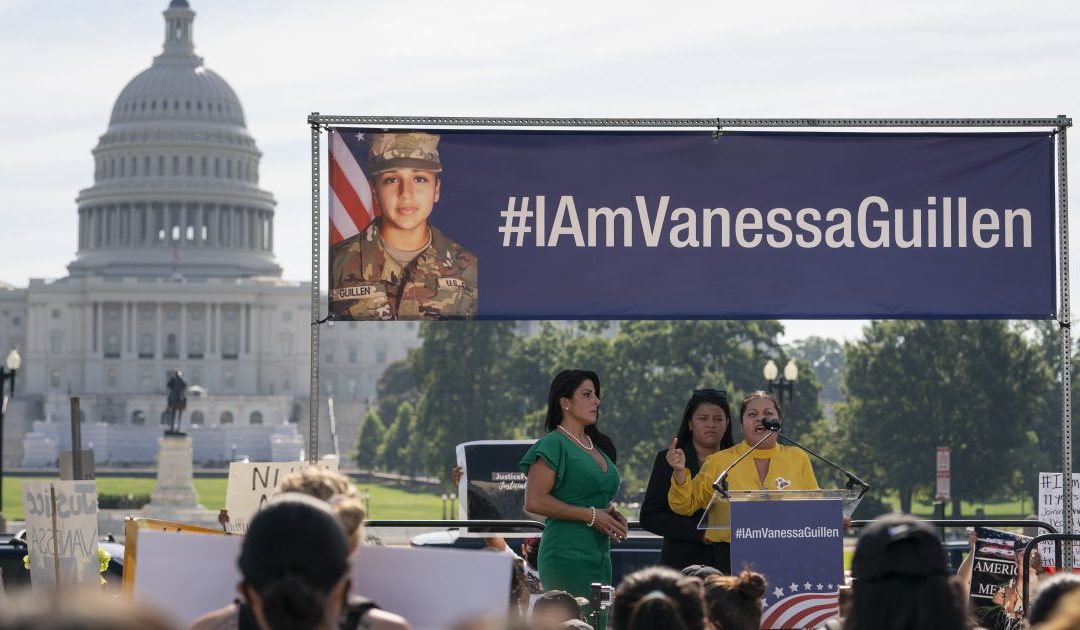 FILE – In this July 30, 2020, file photo slain Army Spc. Vanessa Guillen’s mother Gloria Guillen, right, joined by Vanessa’s sister Lupe Guillen, center, and family attorney Natalie Khawam, speaks as she cries during a news conference on the National Mall in front of Capitol Hill in Washington. The Army said Friday, April 30, 2021, that it has taken disciplinary action against 21 officers and non-commissioned officers at Fort Hood, Texas, in connection with death last year of Spc. Vanessa Guillen, who was missing for about two months before her remains were found. (AP Photo/Carolyn Kaster, File)

Several Fort Hood leaders are facing disciplinary action after an investigation revealed Vanessa Guillen was sexually harassed before her murder in 2020.

Information released from the investigation on Friday found that before her disappearance and death in April 2020, a supervisor sexually abused the 20-year-old, and while she reported it to the Fort Hood leadership, the incident was never addressed.

More than 21 soldiers have been reprimanded for their roles in the case, including a general and several officers.

Army Secretary Ryan McCarthy has vowed to work to address the failure of leadership at Fort Hood to properly handle sexual harassment allegations.