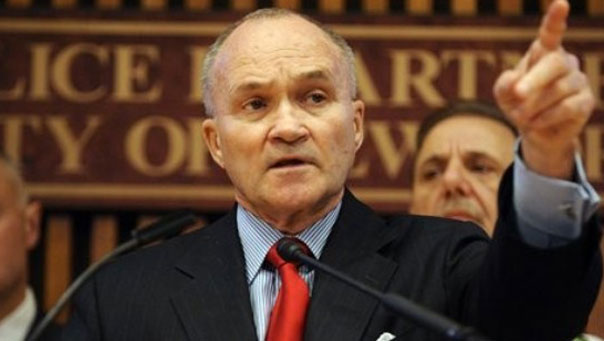 Police departments in major U.S. cities, such as New York, will likely be ramping up security and intelligence efforts to protect against any terror threats posed by the ongoing attacks in Afghanistan, Kelly said during a Friday phone call.

Kelly was the first person to serve two terms at the helm of the New York Police Department, taking on the role for the second time just months after the attacks on Sept. 11, 2001. He is also a United States Marine Corps veteran and served as commissioner of the U.S. Customs Service, which has since been separated into Immigrations and Customs Enforcement and U.S. Customs and Border Protection.

NYPD Commissioner Ray Kelly speaks to the media during a news conference at One Police Plaza on Saturday, Oct. 12, 2013, in New York. (AP Photo/John Minchillo)
(The Associated Press)

He has been lauded by Pace University in part for leading the NYPD in its “formidable new capacity to address the threat of terrorism.”

Speaking about prevention measures that New York City would likely take amid concerns related to Afghanistan, Kelly said investigators are “doing more of what they have been doing.”

For the NYPD, that entails honing in on public sources, working with informants and scouring chatrooms for any signs of suspicious activity, among other methods, he said. The intelligence-gathering skills and resources are already there, Kelly explained, “you’re just ramping up what you’re doing presently.”

Spokespersons for police departments in major cities, such as Washington, D.C., Atlanta, Seattle and Los Angeles, have told Fox News they are working closely with federal partners and are continuously monitoring for any potential threats. Reps for the NYPD and Chicago Police Department did not respond to requests earlier this week seeking information pertaining to any threats and how they are responding.

But the ongoing conflict in Afghanistan – American troops’ contentious withdrawal from the country and its potential impacts – will likely leave “a gaping hole in our intelligence-gathering capabilities,” Kelly explained.

“It’s pretty hard to make it up when you don’t have people on the ground,” he continued, explaining that he was referring to people other than military personnel.

The National Security Agency defines “signals intelligence” as being “derived from electronic signals and systems used by foreign targets, such as communications systems, radars, and weapons systems.”

“Usually human intelligence is the thing that starts signals intelligence,” Kelly explained. “You can’t just fly over Afghanistan and take pictures of everything and know what it means. You need the human element most times to have that type of focus take place.”

He added: “It’s very difficult to do that with any consistency – you need that person on the ground who can direct you. And it looks like it’s going to be very difficult to start that type of thing up again in Afghanistan.”

The Taliban overtook Afghanistan’s capital on Aug. 14 and quickly assumed control of much of the country. Tens of thousands of people – both Americans and Afghans who have obtained special immigrant visas – have since been evacuated. President Biden has said the U.S.-led evacuation will conclude by Aug. 31.

A suicide bombing at the Kabul airport on Thursday killed 13 American service members and more than 150 Afghans.