At UN, Biden Has The Audacity To Say Russia Can’t Take A Country’s Territory By Force 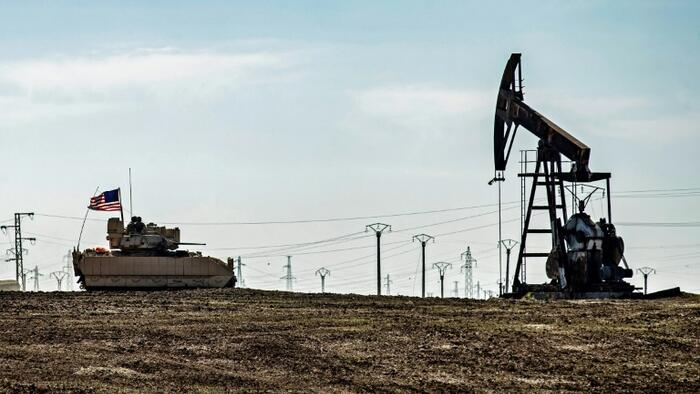 At the UN General Assembly in New York on Wednesday, President Biden focused most of his speech on Ukraine and accused Russia of violating the UN Charter by launching the war.

“Russia has shamelessly violated the core tenets of the United Nations Charter — no more important than the clear prohibition against countries taking the territory of their neighbor by force,” he said.

Biden’s comments highlight US hypocrisy on the issue as Washington currently occupies a major portion of eastern Syria despite the Syrian government’s opposition. The US also supports Israel’s occupation of the West Bank and its blockade of Gaza, and Saudi Arabia’s war and blockade on its neighbor Yemen.

Biden said that the US will continue to support Ukraine in its fight against Russia based on the principle that “you cannot seize a nation’s territory by force.”

The president also accused Russian President Vladimir Putin of making “reckless” nuclear threats. Earlier in the day, Putin ordered a partial mobilization and warned Russia could use nuclear weapons if its “territorial integrity” was “threatened.”

“President Putin has made overt nuclear threats against Europe and a reckless disregard for the responsibilities of the non-proliferation regime,” Biden said.

US support for Ukraine in its war against Russia has escalated tensions to a point where many experts and officials believe there is a greater risk of nuclear war today than there was during the Cold War.

President Biden: “The United States wants this war to end of just terms, on terms we all signed up for; that you cannot seize a nation’s territory by force. The only country standing in the way of that is Russia…We will stand in solidarity with Ukraine.” #UNGA pic.twitter.com/bGSGalusYu

But the US shows no sign of backing down on its policy of supporting Ukraine, and Putin’s moves on Wednesday signaled a Russian escalation in Ukraine.