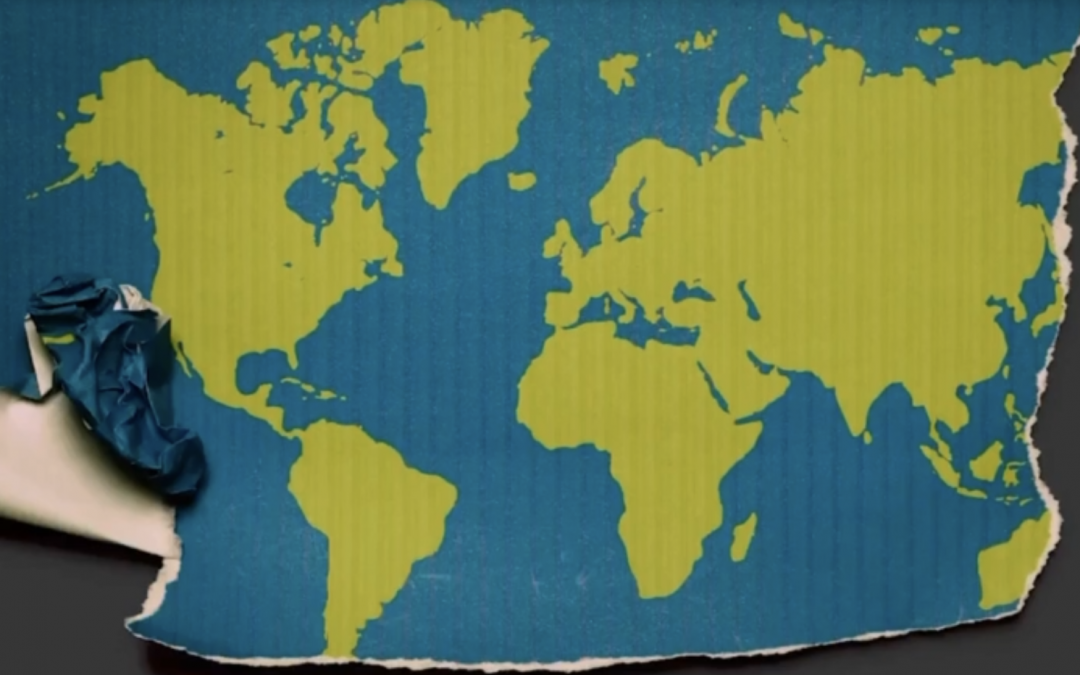 This ‘smoking gun’ has finally exposed their lies, including how they used special enzymes to generate DNA building blocks that could be ‘stitched’ together. And they left a genetic fingerprint, which is about to bring the house of cards down.

According to new research, the chance of SARS-CoV-2 having a natural origin is less than 1 in 100 million.1,2 The paper3 was posted on the preprint server BioRxiv October 20, 2022.

One of its authors, mathematical biologist Alex Washburne, also summarizes the work in a Substack article,4 posted that same day. The other two authors are Valentin Bruttel, a molecular immunologist, and Antonius VanDongen, a pharmacologist. There are two key take-homes from this paper:

In 2002, Baric and three other researchers published a paper5 in the Journal of Virology titled “Systematic Assembly of a Full-Length Infectious cDNA of Mouse Hepatitis Virus Strain A59.” In it, they describe a technique called “seamless ligation,” which conceals all evidence of genetic engineering in lab-created pathogens. Baric’s nickname for this technique is the “no-see’m method.”

The research was funded by two National Institutes of Health grants6 — AI 23946, for studies into the mechanism of MHV (mouse hepatitis virus) replication and SARS reverse genetics,7 and GM 63228, for reverse genetics with a coronavirus infectious cDNA construct.8

Seamless Ligation Leaves Signature of Its Own

However, while seamless ligation conceals human tampering in lab-created pathogens, it turns out the method leaves a signature of its own in the amino acid code, and that’s the signature Washburne and his coauthors discovered in SARS-CoV-2.

In summary, the telltale signature left behind by the no-see’m method are unique and odd “spellings” in the “genetic vocabulary” that you normally do not find in the genome of a natural virus. The lay summary in the paper describes it like this:9

“To construct synthetic variants of natural coronaviruses in the lab, researchers often use a method called in vitro genome assembly. This method utilizes special enzymes called restriction enzymes to generate DNA building blocks that then can be ‘stitched’ together in the correct order of the viral genome.

To make a virus in the lab, researchers usually engineer the viral genome to add and remove stitching sites, called restriction sites. The ways researchers modify these sites can serve as fingerprints of in vitro genome assembly.”

“The magic of Baric’s ‘no-see’m’ technique is to invisibly weave these telltale ‘spelling’ changes into the viral sequence between relevant genes without altering the viral protein. This is like changing the ‘spelling’ of the word without changing its meaning; the casual listener will never notice the difference.

The research team used forensic tools to drill down on minute ‘spelling differences’ in the SARS-CoV2 genome that betray laboratory tampering using the ‘no-see’m’ technique.

Consider how a Brit would spell ‘colour,’ ‘manoeuvre’ or ‘paediatric.’ The choice to spell a word in a certain way can reveal your nation of origin. Similarly, these nearly imperceptible changes in the viral sequence give away the laboratory origins of this virus.”

SARS-CoV has the restriction site fingerprint that is typical for synthetic viruses. The synthetic fingerprint of SARS-CoV-2 is anomalous in wild coronaviruses, and common in lab-assembled viruses. ~ Washburne, Bruttel and VanDongen

Wild-type SARS viruses had cutting sites that were randomly distributed. Lab-created SARS viruses, on the other hand — and SARS-CoV-2 — had regularly spaced cutting sites. According to the authors, that’s a clear indication that SARS-CoV-2 was manipulated in the lab using Baric’s no-see’m technique.

Another telltale sign of human manipulation is the length between the cutting sites. The longest segments found in wild-type viruses were found to be far longer than those found in lab-made viruses, including SARS-CoV-2.

The reason for this is because lab-made viruses are stitched together from smaller pieces, so the genetic segments tend to be short. In nature, however, the lengths of the segments are completely random and include both very short, medium and very long segments.

The types of mutations in SARS-CoV-2 also didn’t conform to what you see in wild-type, naturally evolved viruses. So, SARS-CoV-2 looks like a lab creation in more ways than one. As noted in their lay summary:11

“We found that SARS-CoV has the restriction site fingerprint that is typical for synthetic viruses. The synthetic fingerprint of SARS-CoV-2 is anomalous in wild coronaviruses, and common in lab-assembled viruses.

Both the restriction site fingerprint and the pattern of mutations generating them are extremely unlikely in wild coronaviruses and nearly universal in synthetic viruses. Our findings strongly suggest a synthetic origin of SARS-CoV-2.”

Genetic Fingerprints Point Directly at Baric, Fauci and the WIV

According to Washburne and his coauthors, this artifact in the amino acid code of SARS-CoV-2 could only have emerged through the use of Baric’s seamless ligation (no see’m) method.

That’s bad news for Baric, who created the method, and Dr. Anthony Fauci, who funded the development of the technique through the National Institutes of Allergy and Infectious Diseases (NIAID). It also incriminates Shi Zhengli, aka “the Bat Lady” at the Wuhan Institute of Virology. As reported by Kennedy:12

Shi and her colleagues at the Wuhan Institute subsequently demonstrated their mastery of Baric’s high-risk technique in a series of published — and highly controversial — gain-of-function experiments13,14 at the Wuhan lab …

Experts say that the implications of this new study could be far-reaching. By pointing the finger at Baric, the study raises the possibility of potentially devastating liability for the NIAID and the University of North Carolina and other parties …

The closest known coronavirus relative — a coronavirus from the Wuhan lab — is 96.2% identical15 to SARS-CoV-2. The peculiar spike accounts almost completely for the entire 3.8% difference. Oddly, there are multiple novel mutations in the spike and almost none in the rest of the genome.

Natural evolution would be expected to leave mutations distributed evenly across the genome. The fact that virtually all the mutations occur on the spike led these scientists to suspect that that particular Wuhan lab coronavirus collected by Shi Zhengli is the direct progenitor of SARS-CoV-2 and that its new spike was implanted through engineering.

However, the unmistakable fingerprints of lab engineering were absent — leaving many experts wondering whether Baric’s technique was used to assemble a novel coronavirus with the engineered spike while removing the evidence of lab generation.

This new study16 connects the biological breadcrumbs that link federally funded research to a global pandemic. That trail leads directly to UNC and NIAID … In an interview last spring, Baric himself confessed, that at the time the pandemic began, only two or three labs in the world were using his protocol — including his UNC lab and the WIV.”

Jeffrey Sachs, chair of The Lancet COVID-19 Commission, whose taskforce tried, unsuccessfully, to investigate the origins of COVID-19, commented on these latest findings:17

“Baric’s technique has long been controversial. ‘It’s the artist that doesn’t sign his name to the painting; the virologist that doesn’t put his signature into the virus to let us know whether or not it is emerging naturally or whether it is produced in a laboratory. All of it says … there was really a big, very risky research agenda underway.’”

Incidentally, Baric’s research was also the basis for Moderna’s mRNA shot for COVID,18 and he’s been involved in the development of COVID drugs as well. As reported by The News & Observer19 in December 2021, Baric’s team “conducted the preclinical development for the only approved direct-acting antiviral drug, Remdesivir,” and “studied Molnupiravir, which is the first antiviral pill shown to treat COVID-19 …”

Incidentally, Baric’s seamless ligation method was also detailed in the now-infamous DEFUSE proposal20 submitted by the EcoHealth Alliance to the Defense Advanced Research Projects Agency (DARPA) in 2018. DARPA rejected the proposal, reportedly because it had “several weaknesses.”21

“The $14.2 million (£10.5 million) grant bid was rejected. But did another funder pick up the proposal? At the very least, this proves the researchers were toying with precisely the sort of risky science that could have cooked up a virus eerily similar to the one behind the pandemic.”

Was There Nefarious Intent Behind Creation of SARS-CoV-2?

While Washburne, Bruttel and VanDongen are clear about SARS-CoV-2 being a lab creation, they don’t want people to assume there’s anything nefarious about the virus. In his Substack article, Washburne writes:23

“… our use of the word ‘synthetic’ derives from ‘synthesis.’ There are methods to synthesize viruses in the lab, and we study those methods. In talking with friends & family, I learned that ‘synthetic’ can have a more nefarious connotation, so I want to clarify that we find no evidence of anything nefarious.

We find no evidence of SARS-CoV-2 being a bioweapon (on the contrary, this looks like an accident) or any gain of function work. We find evidence suggesting SARS-CoV-2 may have been synthesized in the lab with known methods, probably for normal pre-COVID research purposes.”

While I can certainly understand their desire to avoid the conclusion that SARS-CoV-2 is a bioweapon, I disagree with their assumption that it wasn’t intended as such. Too many geopolitical agendas point toward COVID being intentionally used for global wealth transfer and the implementation of The Great Reset.

But even if there was no nefarious intent behind its creation, the end results remain the same. The global economy is crashing, wealth has been stolen from the lower and middle classes, fear of the virus has been used to force us to not only surrender our rights and freedoms but also to submit to medical experimentation under duress, and much more. If there was no nefarious intent, governments’ reaction to the virus would likely have been saner.

What’s more, even if the virus was intended as a bioweapon or not, and whether it got out by accident or intentional release, we need to hold people accountable for its creation in the first place. Unless we ban the creation of Frankenstein viruses, we’ll never be safe. Another lab creation could slip through the doors of a lab on any given day. As noted by Kennedy:24

“The world now has proof positive that SARS-CoV-2 is an engineered laboratory creation generated with technology developed by Ralph Baric with U.S. government funding.

Prosecutors and private attorneys representing clients injured by the COVID-19 pandemic now have a smoking gun … Forensic scientists have now successfully lifted faint but precise fingerprints from the lethal pistol’s grip and trigger. Those fingerprints belong to the NIAID and the University of North Carolina …

UNC’s role in enabling [Baric’s] questionable conduct may have precipitated a global pandemic that could easily give rise to liability for negligence.

But a few missing puzzle pieces still prevent us from definitively proving that this dangerous construction project occurred at the Wuhan lab. Stay tuned!”

“Bioweapons are more likely to be used post-COVID-19, in part because bad actors now know that virologists and biosecurity experts will cover for them by reflexively insisting the attack was a zoonotic spillover.”