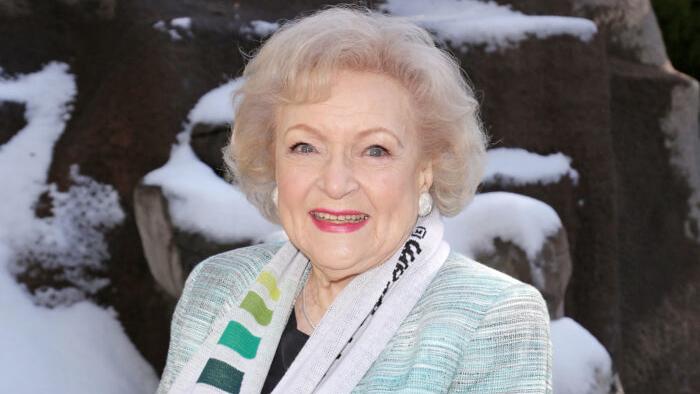 Authored by Isabel van Brugen via The Epoch Times (emphasis ours),

Comedic actress Betty White died just weeks shy of her 100th birthday as a result of “natural causes,” her agent confirmed on Monday.

“Betty died peacefully in her sleep at her home,” her agent and close friend Jeff Witjas said in a statement to People on Monday, shutting down rumors that White had received a COVID-19 booster shot on Dec. 28.

“People are saying her death was related to getting a booster shot three days earlier, but that is not true,” Witjas said.

“She died of natural causes. Her death should not be politicized—that is not the life she lived.”

White, an award-winning actress whose career spanned more than eight decades, starred in hit television sitcoms including “The Golden Girls” and “The Mary Tyler Moore Show,” She died on Dec. 31 at the age of 99 at her home in California. Her 100th birthday would have been on Jan. 17.

Witjas’ statement follows the circulation of a fabricated quote on social media suggesting that the late actress had received a booster shot on Dec. 28.

“Eat healthy and get all your vaccines. I just got boosted today,” White was falsely quoted as saying next to a link to a report titled, “Betty White: I’m lucky to still be in good health” from a Minnesota news outlet Crow River Media, according to The Associated Press.

The article does not include the bogus quote, and archived versions of the story on the Internet Archive’s Wayback Machine also do not mention White having taken a COVID-19 vaccine booster.

She said in her interview with Crow River Media published on Dec. 28 that she was “so lucky to be in such good health and feel so good” at her age, and that she felt really healthy.

“Even though Betty was about to be 100, I thought she would live forever,” Witjas said on Friday. “I will miss her terribly and so will the animal world that she loved so much. I don’t think Betty ever feared passing because she always wanted to be with her most beloved husband Allen Ludden. She believed she would be with him again.”

White and her late husband Ludden were married from 1963 until he passed away in 1981 from stomach cancer. The 99-year-old’s “very last word” was reportedly “Allen,” according to Page Six.

White never had any of her own biological children, but the actress was stepmother to Ludden’s three children. The pair reportedly met after she appeared as a guest on the televised game show “Password,” where Ludden was the host, according to Romper.

White previously told People that she felt “blessed” to take on the role as stepmother to Ludden’s children.

“Our hearts mourn today with the passing of Betty White,” producers Steve Boettcher and Mike Trinklein said in a statement.

“During the many years we worked with her, we developed a great love and admiration for Betty as a person, and as an accomplished entertainer. … We will go forward with our plans to show the film … in hopes our film will provide a way for all who loved her to celebrate her life—and experience what made her such a national treasure,” they said.