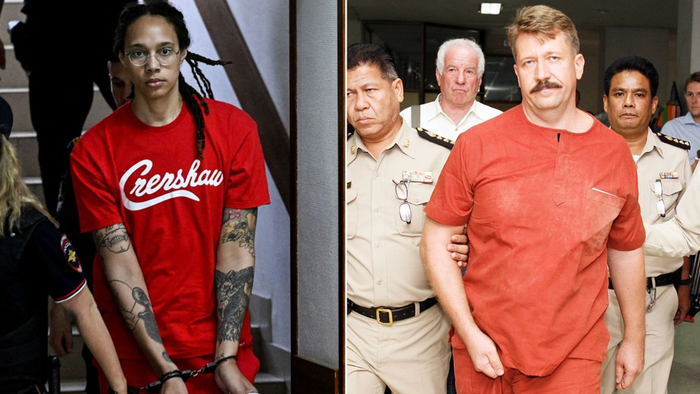 Update(8:50ET): During his announcement from the White House, with Griner’s family present, Biden spent a lot of time defending his administration from widespread accusations that Griner’s release was prioritized because of her fame while at the same time other detained Americans were left behind.

“This was not a choice of which American to bring home,” Biden said while vowing to continue working on freeing detained US Marine veteran Paul Whelan. 61-year old teacher Marc Fogel is also languishing in Russian prison.

An understandably very frustrated and “devastated” Whelan family has issued the following statement upon the White House announcement of Griner’s release:

Despite the possibility that there might be an exchange without Paul, our family is still devastated. I can’t even fathom how Paul will feel when he learns. Paul has worked so hard to survive nearly 4 years of this injustice. His hopes had soared with the knowledge that the US government was taking concrete steps for once towards his release. He’d been worrying about where he’d live when he got back to the US. And now what? How do you continue to survive, day after day, when you know that your government has failed twice to free you from a foreign prison? I can’t imagine he retains any hope that a government will negotiate his freedom at this point. It’s clear that the US government has no concessions that the Russian government will take for Paul Whelan. And so Paul will remain a prisoner until that changes.

We just traded “The Merchant of Death” Viktor Bout, a man who sold arms to warlords, for Brittney Griner, a WNBA player.

This may be the worst trade deal in history.

In a huge and unexpected development, Russia has released into US custody WNBA star Brittney Griner, after in October her 9-year prison sentence was upheld by a Russian court. She had already spent weeks in a harsh penal colony some 300 miles southeast of Moscow.

She was freed in a prisoner exchange which took place in Abu Dhabi Airport on Thursday. In return the Biden administration agreed to give up notorious international arms dealer Viktor Bout. US officials speaking to CBS say the deal had been reached by last Thursday, with the logistics details having been hammered out since then. Biden is imminently expected to address Griner’s release and the prisoner exchange at 8:30eastern. Watch Live:

But the report underscores, “Notably, the Griner-for-Bout exchange leaves retired U.S. Marine Paul Whelan imprisoned in Russia. Whelan has been in Russian custody for nearly four years. He was convicted on espionage charges that the U.S. has called false.”

Moments ago I spoke to Brittney Griner.

When Russian state media began first signaling that the Kremlin will pursue getting Bout back, and Secretary of State Antony Blinken starting over the summer hinted the administration was actually entertaining the possibility, it unleased a wave of controversy, especially given Griner’s own recent public displays which some interepreted as “anti-US”… most notably refusing to stand for the national anthem and even staying in the locker room during its playing.

One commenter previously had this to say in summary of the controversial exchange for Bout:

“It took nearly 10 years for US to apprehend Viktor Bout, and close to 3 more years to convict him for terrorism and arms trafficking. Allegedly, thousands of civilians in multiple African countries, were injured and killed by weapons supplied by Bout. Fair trade for Griner?”

It’s likely that the Department of Justice had been vigorously arguing against releasing Viktor Bout, considering it took a significant extradition process (from Thailand) to even get him into US custody over a decade ago.

Before his just-announced release, he was serving a 25-year sentence in federal prison after being convicted in the Southern District of New York for conspiring to kill Americans and conspiring to provide material support to terrorists.

Already there’s brewing anger that Paul Whelan, as well as another American locked up in Russia, 61-year old teacher Marc Fogel, over the widespread perception that they’ve been left behind.