Biden falls off bike during ride in Delaware 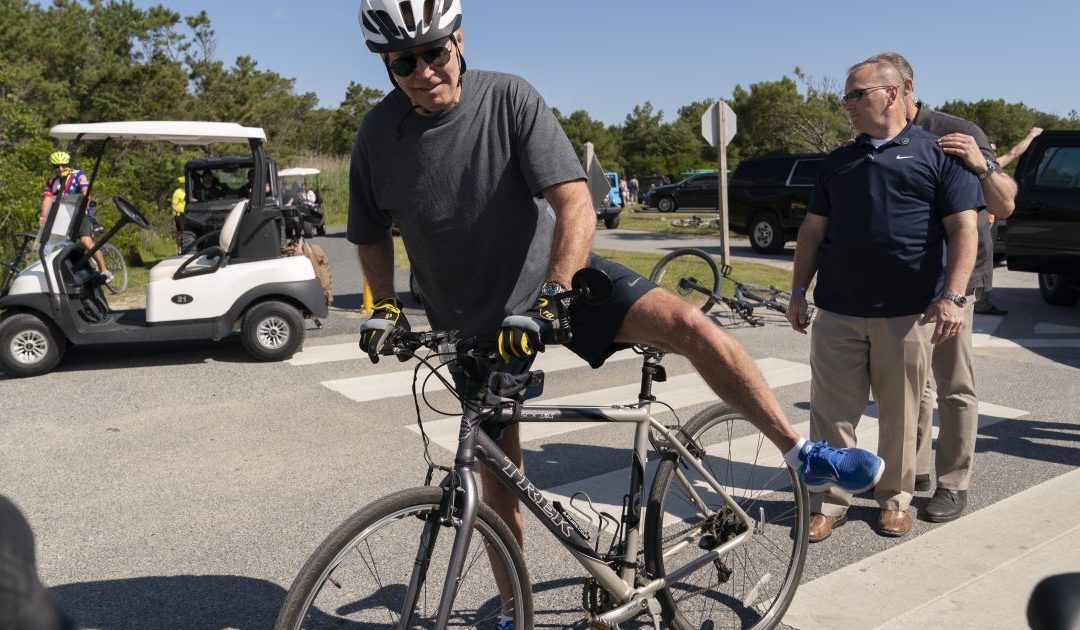 President Joe Biden gets back on his bike after he fell when he tried to get off his bike to greet a crowd at Gordons Pond in Rehoboth Beach, Del., Saturday, June 18, 2022. (AP Photo/Manuel Balce Ceneta)

President Joe Biden took a spill while riding his bike in Delaware. Biden was on a ride with the first lady near their beach house on Saturday, when his foot got caught on the pedal while trying to stop in front of reporters.

The president told the group “I’m good,” and was quickly surrounded by Secret Service agents to help him back up. Jill Biden had already made the turn and missed her husband’s fall.

Joe Biden fell off his bike this morning at the beach in Delaware. pic.twitter.com/GSmO4rRiuZ

The spill came as Texas Republican Rep. Ronny Jackson claimed the US President does not appear to be “physically or cognitively fit”. He urged the President to come to terms with accepting that his job is “demanding”.

Following the incident, he was met with a round of applause and the White House released a statement saying no medical attention was needed. Delaware reporters went on to ask Biden if he was satisfied with the progress on gun legislation.

“In Delaware I am,” the President voiced. “Did you see what they did in Delaware? Passed an assaults weapons ban. They did what I did years ago and I am happy with the progress.”

The Biden’s are spending the weekend at their home in Rehoboth Beach, in celebration of their 45th wedding anniversary. Biden said he looks forward to spending time with his family.