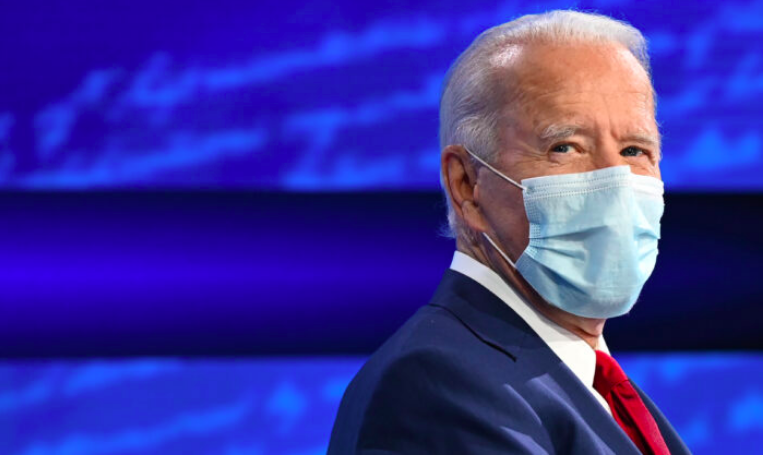 The former vice president said that the boilermakers are overwhelmingly endorsing him during a town hall with ABC News when he was pressed to clarify his stance on fracking.

Democratic presidential candidate Joe Biden has falsely claimed that the boilermakers union endorsed him for the November election.

“I’m telling [you] the boilermakers overwhelmingly endorse me, OK, so the boilermakers union has endorsed me because I sat down with them and went into great detail earlier to show their leadership exactly what I would do,” he said.

However, the Boilermakers union said they haven’t endorsed any presidential candidate for the 2020 election.

“The International Brotherhood of Boilermakers has not endorsed any U.S. presidential candidate for the 2020 election,” according to a statement on the union’s website.

The union, which represents 50,000 workers in heavy industry or related industries, encouraged members to vote based on “where candidates stand on issues that are important to you and your family” instead.

“Your administration has convinced my members that you will protect the future of our industry,” business manager John J. Hughes wrote in a letter (pdf) on Sept. 3.

“Boilermaker jobs specifically rely on coal-fired power generation and we strongly encourage the advancement of carbon capture technologies which can secure jobs for our members,” he added.

The Trump campaign and the International Brotherhood of Boilermakers didn’t respond to requests for comment.

Fracking, also known as hydraulic fracturing, involves deeper drilling with higher pressure and volume than conventional wells to access oil and natural gas. It has become a hot campaign topic in Pennsylvania, a critical swing state.

The Appalachian states including West Virginia, New York, Pennsylvania, and Ohio are regarded to have potential in fracking. However, Pennsylvania is reported to represent the largest natural gas reserves in the world.

According to the Pennsylvania Department of Health, there are 10,000 natural gas wells in the state employing the technology of fracking.

Biden has had an inconsistent stance on fracking during his bid for the White House.

He said during a July 2019 Democratic presidential debate that he would ban fracking, but recently walked back his statement.

During the Thursday town hall, he told host George Stephanopoulos that he will not ban fracking, but will stop subsidizing the industry instead.

“I would stop giving tax breaks and subsidizing oil,” he said.