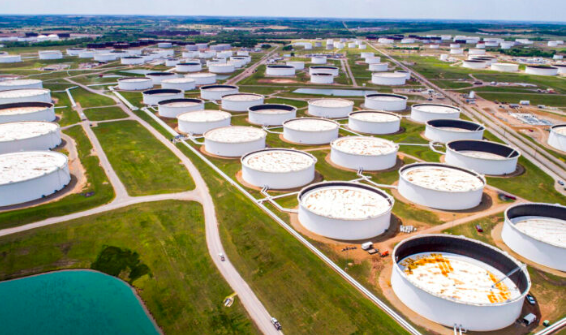 “American consumers are feeling the impact of elevated gas prices at the pump and in their home heating bills, and American businesses are, too, because oil supply has not kept up with demand as the global economy emerges from the pandemic,” the White House said in a Nov. 23 statement.

Insisting that Biden “is using every tool available to him to work to lower prices and address the lack of supply” of oil, the White House said the U.S. Department of Energy will make available 32 million barrels of crude under an exchange mechanism from all four SPR storage sites. On top of this, another 18 million barrels will be made available by accelerating the sale of crude from the SPR under a previous congressional authorization.

“As we come out of an unprecedented global economic shutdown, oil supply has not kept up with demand, forcing working families and businesses to pay the price,” U.S. Secretary of Energy Jennifer M. Granholm, said in a statement.

The White House said the release of the reserves was made in concert with other releases from strategic reserves by China, India, South Korea, Japan, and Great Britain.

“President Biden’s decision to tap America’s strategic reserves—which will release just 3 days’ worth of oil onto the market—is not about a real solution to our energy crisis,” McCarthy said on Twitter.

“The real solution to your energy crisis is to let America produce the energy we have and need,” McCarthy said in a follow-on comment on Twitter.

Surging energy costs were the biggest factor pushing up October’s consumer price index (CPI), which vaulted 6.2 percent in the 12 months through October, a level not seen in nearly 31 years.

Accelerating inflation has been blamed for a sharp fall in consumer sentiment, which in November hit a decade low, according to a University of Michigan survey.

“Consumer sentiment fell in early November to its lowest level in a decade due to an escalating inflation rate and the growing belief among consumers that no effective policies have yet been developed to reduce the damage from surging inflation,” Richard Curtin, the survey director, said in a statement.

Besides becoming a key issue for many Americans, surging prices have also become a political problem for the Biden administration, with a recent CBS/YouGov poll showing that 67 percent of Americans disapprove of Biden’s handling of inflation.

The poll also showed that nearly two-thirds of Americans said the U.S. economy was in bad shape—the worst outcome since the depths of the pandemic last summer—while 84 percent of those who gave the economy a negative rating blamed inflation.