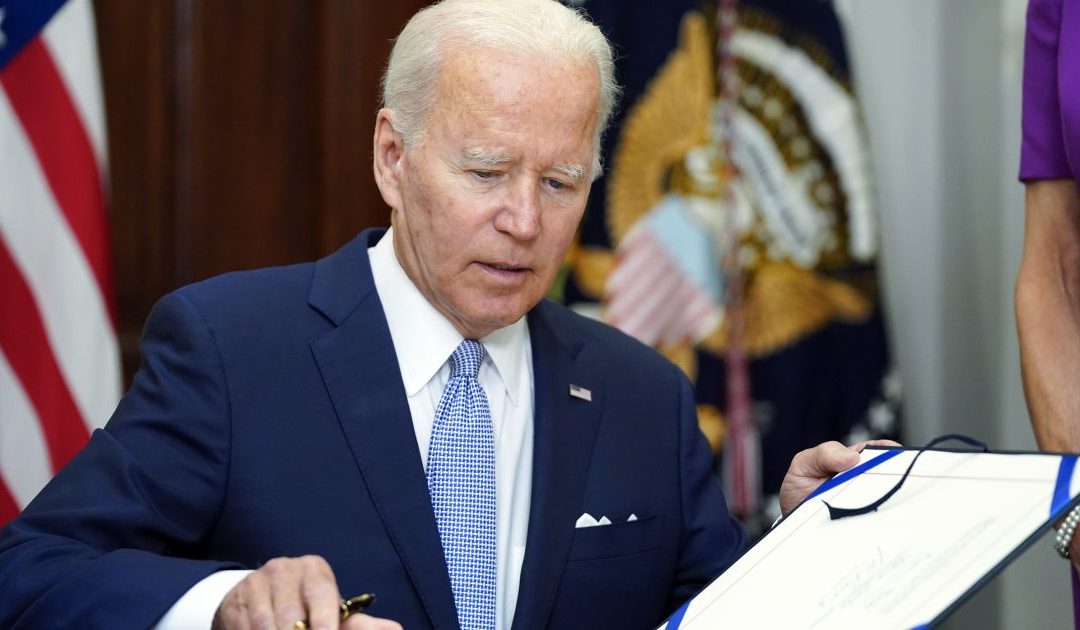 President Joe Biden signed the most sweeping gun control bill in decades. On Saturday, Biden said while the bill doesn’t have everything he wanted, it includes actions he’s long called for that are going to save lives.

“Lives will be saved,” the President said. “Their message to us was to do something. Well today, we did.”

The house passed a compromise made by a group of bipartisan Senators on Friday, which included enhanced background checks for buyers under 21 and provides federal funding for states to implement “Red Flag” laws. Biden signed the measure two days after the Supreme Court’s ruling struck down a New York law that restricted people’s ability to carry concealed weapons.

I just signed into law the Bipartisan Safer Communities Act. While this bill doesn’t do everything I want it to, it does include actions that I’ve long called for that will save lives.

Today, we acted for the families that have lost their souls to an epidemic of gun violence. pic.twitter.com/QWg3orWuS1

“From Columbine to Sandy Hook to Charleston, Orlando, Las Vegas, Parkland, El Paso, Atlanta, Buffalo, Uvalde,” Biden voiced. “For the shootings that happen every day in the streets that are mass shootings we don’t even hear about.”

It also gets rid of the so called “boyfriend loophole,” prohibiting those convicted of domestic abuse from owing a firearm. Most of the $13 billion cost will help bolster mental health programs and aid schools, which have been targeted in Newtown, Connecticut, Parkland, Florida and elsewhere in mass shootings.

Tune in as I sign into law S. 2938, the Bipartisan Safer Communities Act, and deliver remarks on reducing gun violence and saving lives. https://t.co/evfofKN84e

“I know there’s much more work to do,” he stated. “I’m never going to give up, but this is a monumental day.”

The new law does not include tougher restrictions long championed by Democrats, such as a ban on assault style weapons and background checks for all gun transactions. However, it is the most impactful firearms violence measure produced by Congress since enactment of a long expired assault weapons ban in 1993.

Biden went on to say he will host an event for lawmakers and families affected by gun violence on July 11.